Dubbed the XaverTM LR80 (XLR80) system, it is the latest addition to the company’s family of pulsed-based UWB ‘Through Wall Imaging’ systems, which also include XaverTM 100, 400, and 800. However, the XLR80’s long-range UWB imaging capability – of being able to detect live objects inside buildings or other walled structures from concealed locations upwards of 100 m away – that company officials anticipate, will attract the attention of the Pentagon and the US Armed Forces.

An early production rate system is already in use by “early customers … and we are getting some feedback” for its performance, Camero-Tech chief executive officer Amir Beeri said. “We are planning to approach the US markets, especially the military and special forces [communities] in the US, so we are just beginning.” Company officials are still working out details as to when they plan to reach out to Pentagon acquisition leaders regarding integration of the XLR80 into the US arsenal, according to Beeri, who added that “we would like to do it immediately”. 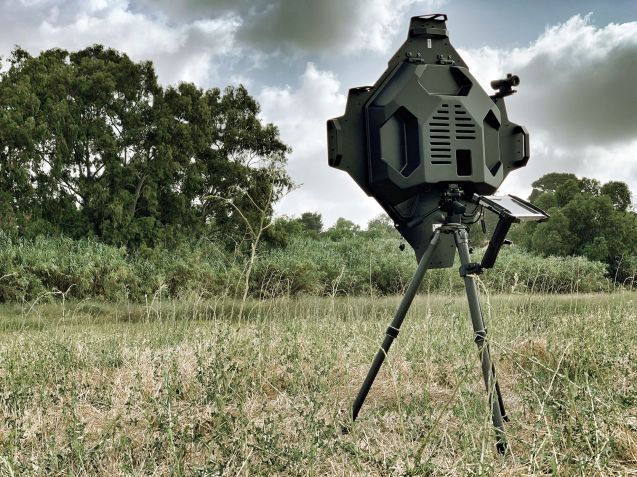 Camero-Tech’s XaverTM LR80 (XLR80) is a pulsed-based UWB micro-power radar that enables detection of live objects behind walls, at distances of over 100 m. (Camero-Tech)

Other variants of the XaverTM product family are being deployed by military and law enforcement agencies in 50 countries, with the majority of users concentrated in Europe, Asia, and the Middle East.