The British Army is in the process of developing a long-term strategy for the introduction and use of robotic and autonomous systems (RASs): an important part of the transformation and modernisation programme outlined in the UK Defence Command Paper published on 22 March.

Speaking at the IQPC virtual Future Soldier Technology conference earlier that month, Lieutenant Colonel Iain Lamont, SO1 Robotics and Autonomous Systems, Future Force Development at Army Headquarters, said that the RAS strategy was still a work in progress and had not yet been officially endorsed. He noted that RAS is one of the army’s four research and development (R&D) themes, the others being artificial intelligence and machine learning (AI/ML), electrification, and networked sensors and effectors. 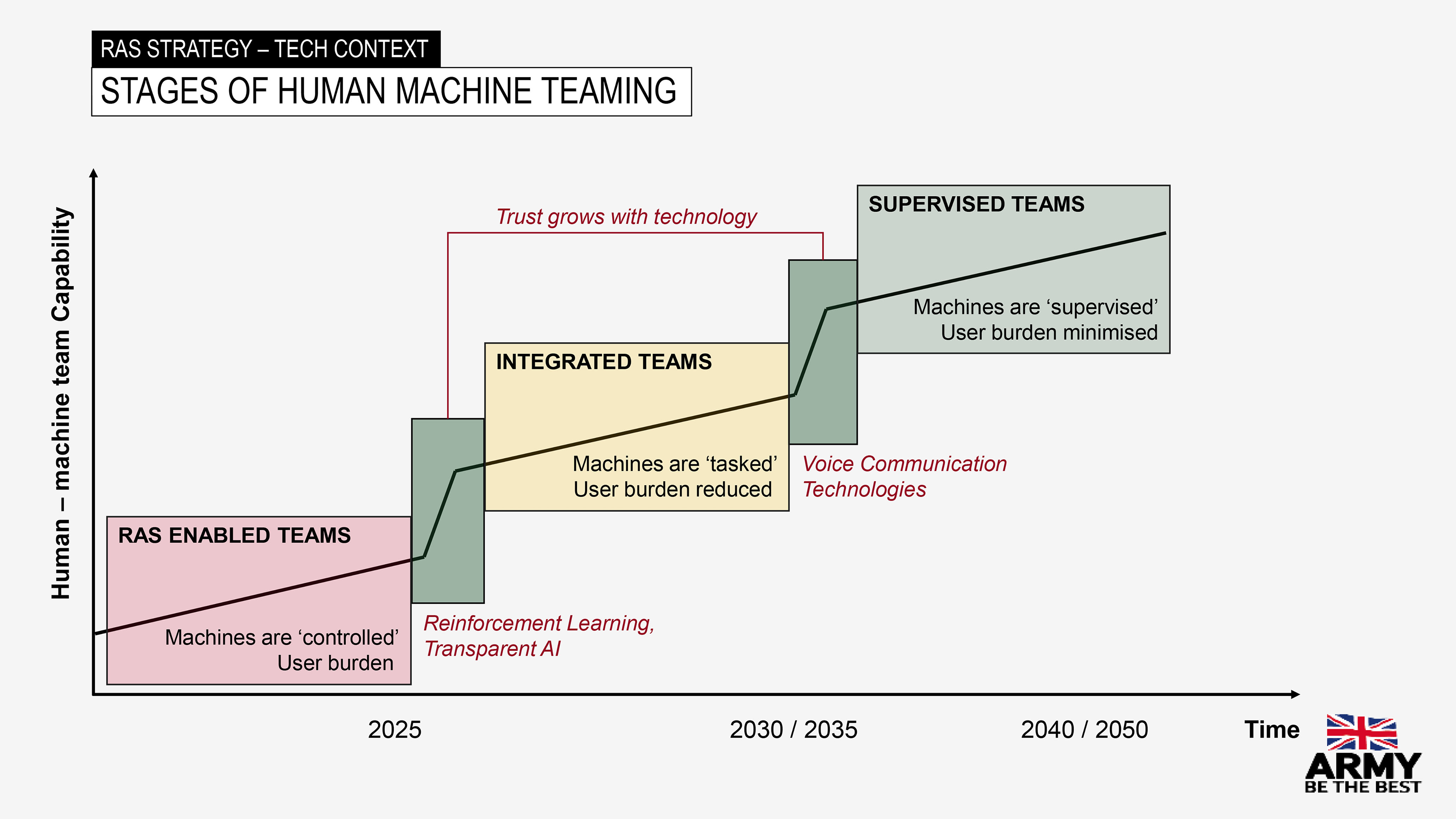 The stages of development in HMT envisioned in the British Army’s draft RAS strategy. (British Army)

“We’re now working out how to cohere these [four themes] into force output concepts and then into an implementable force plan so that ultimately we can operate and fight differently” he said. “We’re trying to create operational advantage.”

The force plan will flow from the RAS strategy which will culminate in 2035.

Lt Col Lamont explained that a single soldier controlling a single RAS provides limited benefit as it does not generate mass but by leveraging autonomy and AI one soldier could control multiple RAS, thus providing mass and generating operational advantage. However, he noted that autonomy and AI technology cannot be implemented without the data, algorithms, and architectures on which they are built and that they need people to support them. These form three mutually reliant elements of RAS as a capability: technology, data, and people, while secure, robust, and resilient connectivity in a hostile electro-magnetic environment is also essential.