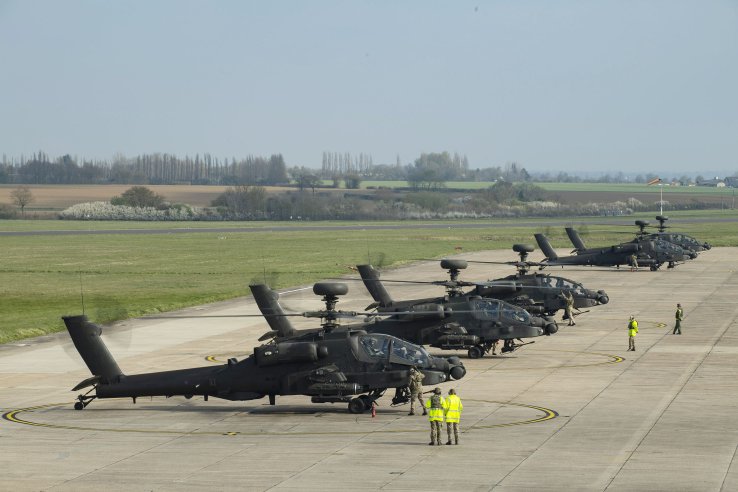 The five Apaches at their home base in Wattisham shortly before departing for Estonia. They are joined in their deployment by four Lynx Wildcats. (Crown Copyright)

The nine helicopters will be based at Ämari airbase in Estonia for three months. The UK Ministry of Defence (MoD) said they will train alongside NATO allies and be in position to deter potential adversaries. “Their main task is to support the allied combat group serving at Tapa military base [in eastern Estonia]. The helicopters will take part in Estonia’s annual Spring Storm exercises,” the MoD said.

The Wildcat’s surveillance abilities combined with the Apache’s sensors and weaponry will increase the formation’s capabilities to detect, track, and engage targets. The deployment was first announced by UK Defence Secretary Gavin Williamson at the NATO Defence Ministers’ meeting in Brussels on 13 February.