The Italian armoured vehicles specialist Iveco Defence Vehicles is poised to begin delivering its first lot of 32 Light Multirole Vehicles (LMVs) to the Brazilian Army in August, a spokesperson for the company in Brazil told Janes on 8 July.

A single 4×4 light armoured tactical vehicle will be delivered to the Army Evaluations Center (CAEx) for a new round of testing later this year. After this initial delivery, an additional 15 vehicles will be handed over in 2021 before the remaining 16 vehicles are delivered in 2022. Two additional buys of LMVs are expected to occur down the road.

The initial 32 LMVs, in a multirole configuration, were purchased under a BRL67.8 million (USD12.5 million) deal with CNH Industrial Brasil in November 2019 as part of the army’s Light Tactical Armored Multirole Wheeled Vehicle (VBMT-LSR) project. Under the deal, the company also includes technical documentation, maintenance tools, training, and a three-year support package. 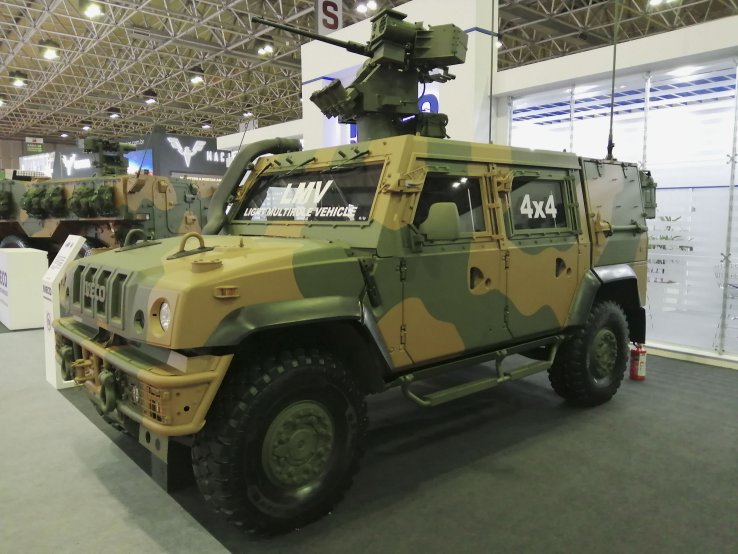 The Brazilian Army will receive 32 Iveco LMVs. The vehicle pictured is outfitted with the 12.7 mm REMAX III weapon station and was showcased at LAAD Defence & Security 2019.

Using internal research and development funding, Leonardo's Electronics Division has developed and b...

The Brazilian Army expects to kick off a procurement programme in 2022 to acquire infantry fighting ...
Request Consultation