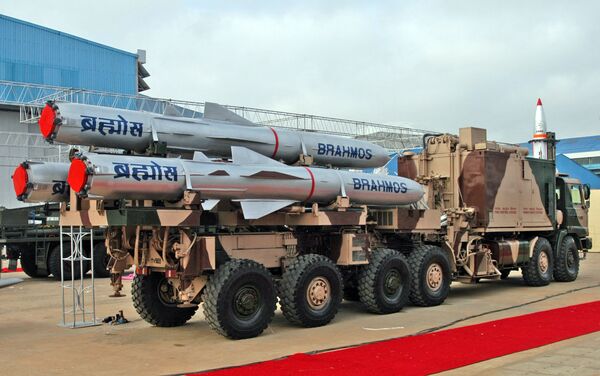 The Indian Ministry of Defence has confirmed that the Philippines will procure the BrahMos missile system. (Janes/Patrick Allen)

The MoD did not provide additional details, but said the contract is an “important step forward” for the government's export promotion policy.

The Philippines Secretary of National Defense Delfin Lorenzana signed a USD375 million notice of award to BrahMos Aerospace in December 2021.

Janes previously reported that the Philippines had shown interest in procuring the BrahMos missile system as early as December 2019. These missiles are intended to improve the Armed Forces of the Philippines' (AFP's) anti-access and area-denial capabilities.

Janes has also reported that the procured BrahMos missile batteries will be deployed by the Philippine Marine Corps (PMC) for coastal defence. The purchase, which is made under the AFP's ‘second horizon' modernisation programme, will see BrahMos Aerospace supply three batteries of the missile to the PMC. These batteries will be operated by the service's Coastal Defense Regiment.

It is unclear what variant of the BrahMos the PA and PMC will utilise for such operations. However, Janes assesses that both services are expected to operate the BrahMos PJ-10 or a variant.

According to Janes Weapons: Naval,

The Indo-Russian BrahMos Aerospace Private Limited (BAPL) has signed a contract with the Philippines...