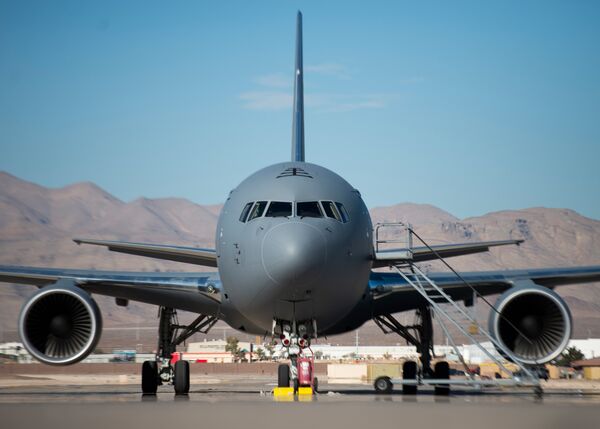 Boeing said it is still planning to finish the redesign of the KC-46A boom actuator in 2023, following a Government Accountability Office (GAO) report on the KC-46A Pegasus tanker in June.

The GAO's weapon systems annual assessment reiterated findings from a prior report that the “excessive thrust needed to make contact could cause the receiver aircraft to strike the boom and damage the aircraft”. Auditors expect Boeing to finish the redesign of the new boom in 2023.

Mike Hafer, Boeing's head of sales for the KC-46A, told reporters 15 June that he had “no opinions” on the GAO report and that “it'll be up to the Air Force on how they decide to address any of those issues”.

He said that certification for the boom telescope actuator is still planned for 2023 and that retrofitting the actuator on existing KC-46As will start in late 2023 to early 2024, once Boeing receives US Federal Aviation Administration (FAA) approval on the design change.

Supply chain issues across multiple industries have come into focus amid rising inflation and labour issues. But when asked about potential supply chain problems relating to retrofitting the boom, Hafer said it was too early to comment on supplier issues.

“You're asking me to forecast if a supplier can get enough aluminium and supply parts two years from now. Of course my supplier is saying, ‘yes we can begin that'. I don't have a good enough crystal ball. So, I can say we're focused, we're going to get the issue resolved.”

Boeing said it is still planning to finish the redesign of the KC-46A boom actuator in 2023, followi...