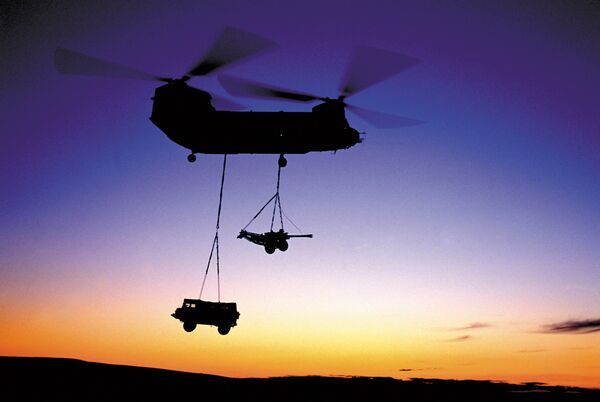 On the sidelines of the NATO Ministers of Defence meeting on 16 June, France, Germany, Greece, Italy, the Netherlands, and the United Kingdom announced a EUR26.7 million (USD27.9 million) agreement to work on developing the NGRC. The group will look at hybrid electric propulsion and open system architecture as potential technologies to integrate into the programme.

Mike Spencer, Boeing's senior director of vertical sales and business development, told reporters on 16 June that the company's involvement will likely include “a partnering strategy with one or more European manufacturers”.

NATO is “not quite as aggressive as the [US] army's Future Vertical Lift (FVL) requirements, but they do extend range and they are looking for additional speed”, Spencer said. “So, there are some design options that we will be exploring with our partners in Europe.”

Spencer said it was too early to tell if Boeing would offer a legacy aircraft or the next-generation Defiant X aircraft it is offering for the FVL contract.

Demand in Europe for helicopters has risen since the start of the Ukraine conflict.

Belgium has shown interest in Boeing CH-47 Chinook and has asked for pricing and availability for the Chinook, according to Spencer.