Boeing has started production of the ground-based training system (GBTS) it is developing for its US Air Force (USAF) T-7A Red Hawk advanced jet trainer, according to a company statement.

Boeing started assembling the first two weapons systems trainers (WSTs) and an operational flight trainer (OFT) at the company’s site in St. Louis, Missouri in the fourth quarter of 2020 . These simulators can connect to an actual T-7A cockpit and enable live virtual, constructive, and embedded training scenarios. 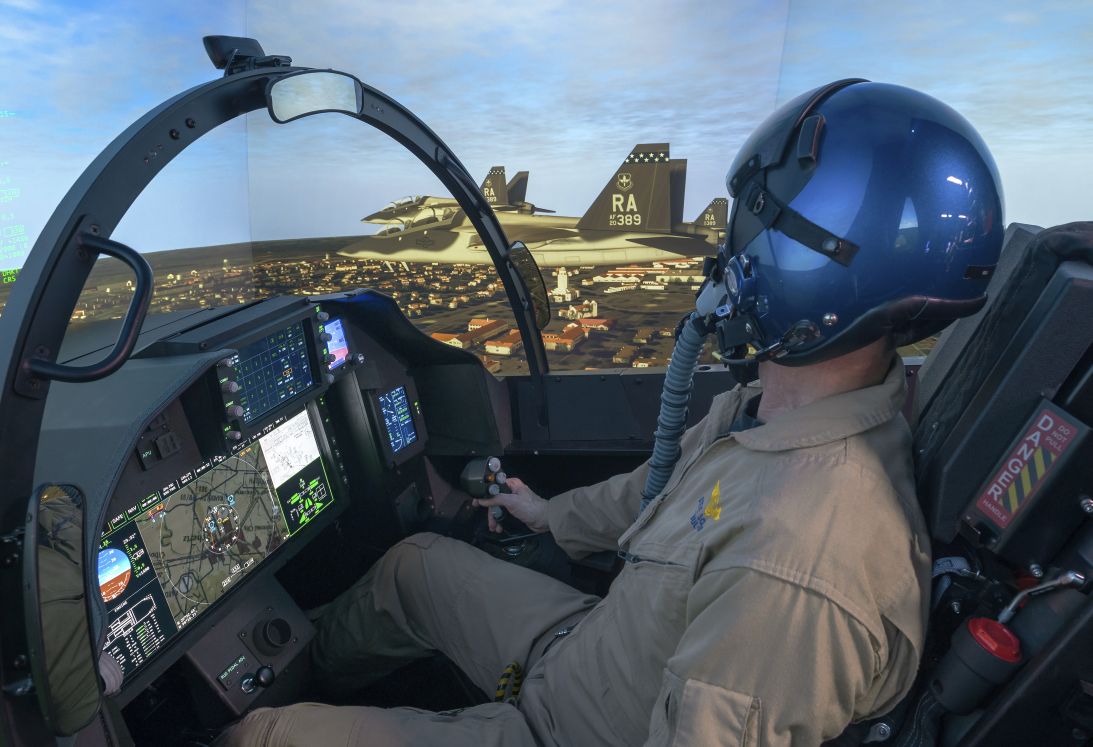 Boeing spokesman Zeyad Maasarani said on 1 December that the WST is designed for the mission crew and focuses on weapon deployment while the OFT is for the pilots and focuses on teaching students how to fly aircraft. The WST has a six-channel projection system with a 360° field-of-view. The OFT has five channels and a 300° field-of-view.

Maasarani said the integrated live, virtual, and constructive (LVC) capability allows students in a WST or an OFT to participate in training scenarios with one or more actual T-7A aircraft. The live aircraft, he said, will be represented in the simulator environment, and both the live aircraft and simulators will participate in a common shared embedded training scenario.

Maasarani said this will allow the USAF to add participants in its training scenarios without using additional aircraft. The ground-based OFT and WST participants can act as any role, such as an aggressor. The student pilot in the air will receive more benefit as well, he said, flying with, or against, the OFT or WST’s human pilots, rather than against a computer-generated entity.

Boeing has started production of the ground-based training system (GBTS) it is developing for its US...

An artificial intelligence (AI) algorithm created by Heron Systems defeated a human US Air Force (US...

The US Navy (USN) on 14 April took delivery of its first of three training devices for the US Marine...