Israeli company Bird Aerosystems is close to delivering Cessna Citation CJ3 aircraft that it has converted into Airborne Surveillance, Information, and Observation (ASIO) platforms for an undisclosed African government that will use them for maritime surveillance. 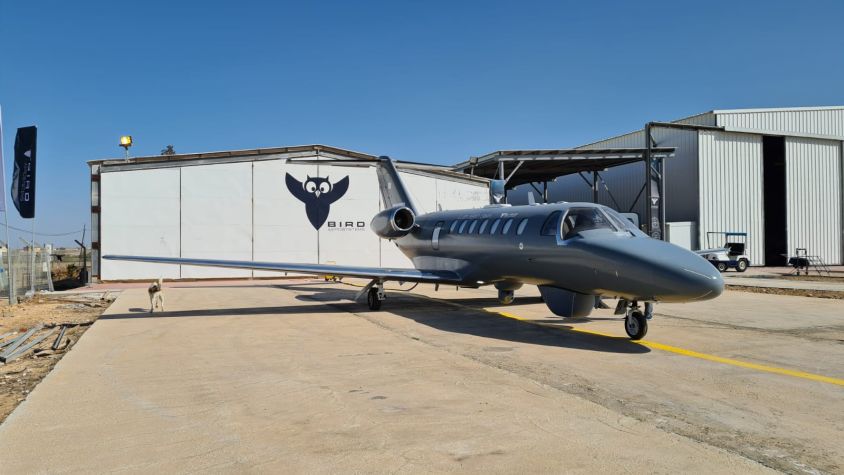 Bird is currently simulating full-mission scenarios to test the aircraft’s onboard systems, Shaul Mazor, Bird’s vice-president for marketing and business development, told Janes. They have also undergone civilian flight certification by Israel’s Civil Aviation Authority, a process that was conducted over Zoom for the first time.

While Bird cannot identify the customer, Mazor said the aircraft will be used to defend its territorial waters, with an emphasis on detecting illegal fishing, oil theft, and smuggling, with counter-terrorism being a secondary mission.

The CJ3 modifications are now taking place at a company site in southern Israel after Bird’s maintenance and repair centre in Cyprus became temporarily off-limits due to Covid-19-related travel restrictions, forcing the aircraft and engineers to move to Israel.

The eight-month-long work includes structural changes to the aircraft and the installation of radars, electro-optical systems, communications, new avionics, Automatic Identification Systems (AIS) for identifying ships, and crew workstations, as well as the new engines requested by the client.

The aircraft will share data and receive mission commands from a ground-based headquarters using a command-and-control (C2) system that will also be installed on naval vessels so they can respond quickly to any threats that are identified.

Israeli company Bird Aerosystems is close to delivering Cessna Citation CJ3 aircraft that it has con...