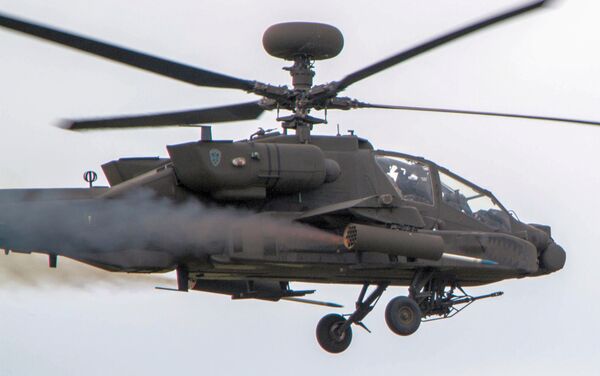 Germany has requested information on the Apache, as it considers its future attack helicopter plans. (US Army)

Germany has expressed its interest in the Boeing AH-64 Apache, issuing the US government with a request for information (RFI) on the helicopter gunship.

Speaking to Janes at the Berlin Security Conference in the German capital, a senior company official confirmed that an RFI had been received from the Bundeswehr and that it had been responded to.

“Just prior to Covid [in early 2020], the German government asked the US government for information related to the Apache – it was an RFI. The US government responded to that,” Michael Hostetter, vice-president, Boeing Defense, Space & Security, Germany, said, adding that things have since been quiet on the subject owing to the ongoing pandemic.

Hostetter was unable to divulge details of either the RFI nor the response to it in terms of prospective aircraft numbers, contract values, or delivery timelines, only to note that such a request was part of the normal German defence procurement cycle. “It's part of them gathering their information to see what's in the marketplace, and to determine their next step,” he said.

Hostetter's comments were the first official confirmation that Germany is considering its attack helicopter options and that it might not proceed with the Standard 3 upgrade of its current fleet of Airbus Tigers. The German Army's Tiger helicopters are due to be modernised as part of a wider effort alongside programme partners France and Spain. This upgrade is due to see the German fleet out to 2038.

Germany has expressed its interest in the Boeing AH-64 Apache, issuing the US government with a requ...