Mass protests began in cities across Belarus after the opposition rejected the allegedly rigged results of the presidential election on 9 August. According to the Belarusian Central Election Commission’s final count on 14 August, incumbent President Alexander Lukashenka, in power since 1994, received 80.1% of the vote, while the alternative candidate, the political novice Sviatlana Tsikhanouskaya, received 10.1%.

Tsikhanouskaya refused to accept the result, citing the results of independent exit polls allegedly giving her between 60% and 70% of the vote. However, Belarusian security forces forced Tsikhanouskaya into exile in Lithuania on 11 August. Other opposition figures who had supported her and joined the Coordination Council of the opposition seeking to end Lukashenka’s rule were subsequently either forced out of Belarus or detained by security services.

A sharp increase in protests, including labour strikes at major state-owned industrial companies, presented a realistic threat to Lukashenka’s continued hold on power. Security forces used unprecedented force, including at least one incident of live fire, to disperse and detain protesters during the initial wave of demonstrations on 9–12 August, which attracted around 30,000 demonstrators in the capital, Minsk, and 1,000–5,000 in regional cities. According to the Minsk-based human rights non-governmental organisation Viasna, around 7,000 people were arrested countrywide, more than 500 hospitalised with injuries, and at least four killed in the initial four days of the protests. Many of the detained demonstrators claimed occurrences of police brutality and torture at detention centres. 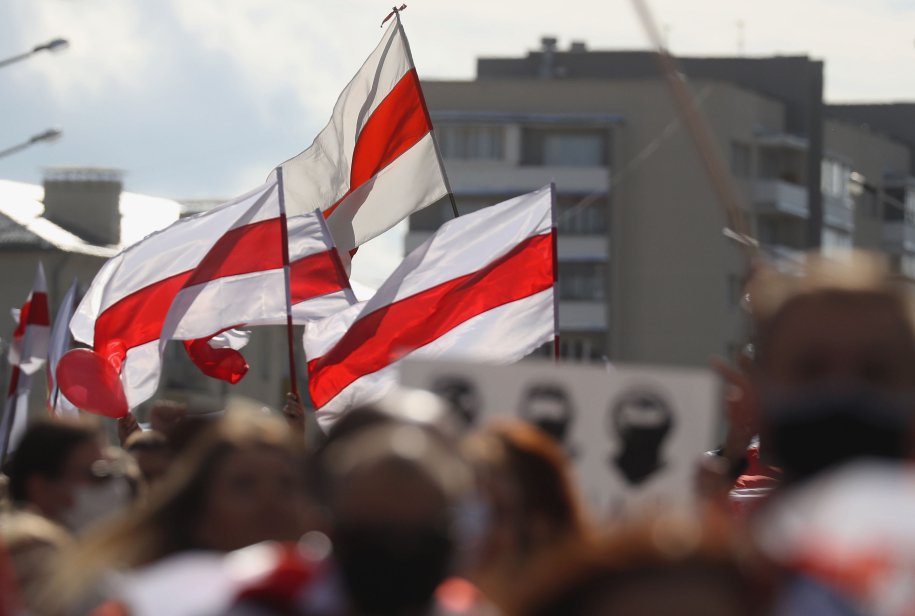 Opposition activists take to the streets in Minsk, Belarus, on 13 September. After the announcement of the 2020 Belarusian presidential election results on 9 August, mass protests against the election results erupted in major cities across Belarus. (Valery Sharifulin/TASS via Getty Images)