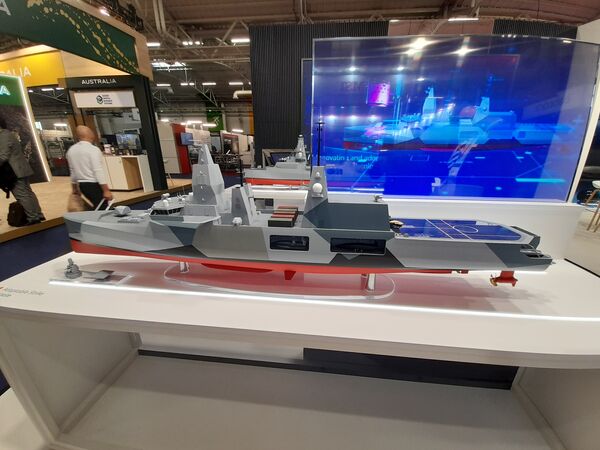 Developed by the company in partnership with industry partners in anticipation of the UK Royal Navy's (RN's) projected Type 32 programme, the ASF offers a “system of systems” approach with a strong emphasis on modulatory and flexibility, said the company.

The Type 32 programme – confirmed in the UK's Defence Command Paper, ‘Defence in a competitive age', in March 2021 – envisages a class of up to five general-purpose frigates to be delivered from the early 2030s. Top-level requirements announced by the ministry of defence have characterised a new generation of warships that must adopt modular/containerised capability, be able to operate with disaggregated and uncrewed offboard systems, offer the ability to operate independently to support new littoral response groups, and be able to provide persistent forward presence.

BAE Systems' interpretation of these requirements has resulted in a hybrid 130 m platform with a displacement of around 6,000 tonne. The design marries a large and flexible internal mission bay – able to host, support, and operate a range of modular and autonomous payloads – with a high-end strike capability.

“It's something that is quite different,” Steve Hart, BAE Systems' head of UK business development maritime and land, told Janes. “The front end is essentially a traditional frigate, but with added lethality because we have aVLS [vertical launching system]at the front, and then strike capability from the autonomous systems. But the back end of the ship is largely a container ship.”