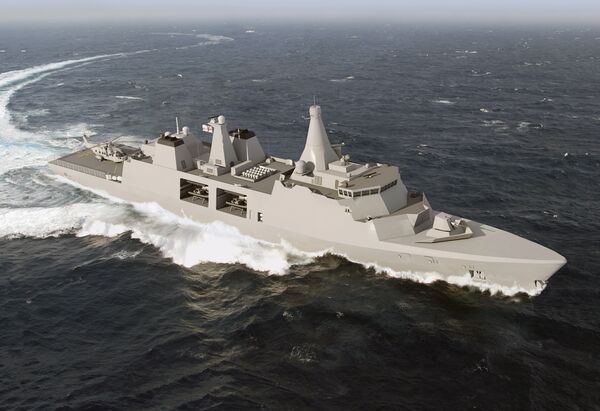 Babcock's Arrowhead 140 design has been selected for the Polish Navy's Miecznik (Swordfish) future frigate programme by the Polish Ministry of National Defence, the UK shipbuilder announced on 4 March.

The Miecznik programme, which is valued at around PLN8 billion (USD1.8 billion), covers the design and build of three new multi-mission frigates for the Polish Navy at local shipyards through a transfer of technology agreement. A consortium led by Polska Grupa Zbrojeniowa (Polish Armaments Group, PGZ), and including Gdynia-based shipbuilders PGZ Naval Shipyard and Remontowa Shipbuilding, will be responsible for the delivery of the frigates.

Babcock's Arrowhead 140 design is based on the Iver Huitfeldt-class platform already in service with the Royal Danish Navy, and which also forms the basis of the UK Royal Navy's new Type 31 Inspiration-class general-purpose frigates and Indonesia's Arrowhead 140 frigates, which are being built under contracts awarded in 2019 and 2021 respectively. The Polish order marks Babcock's second export success with the platform design.