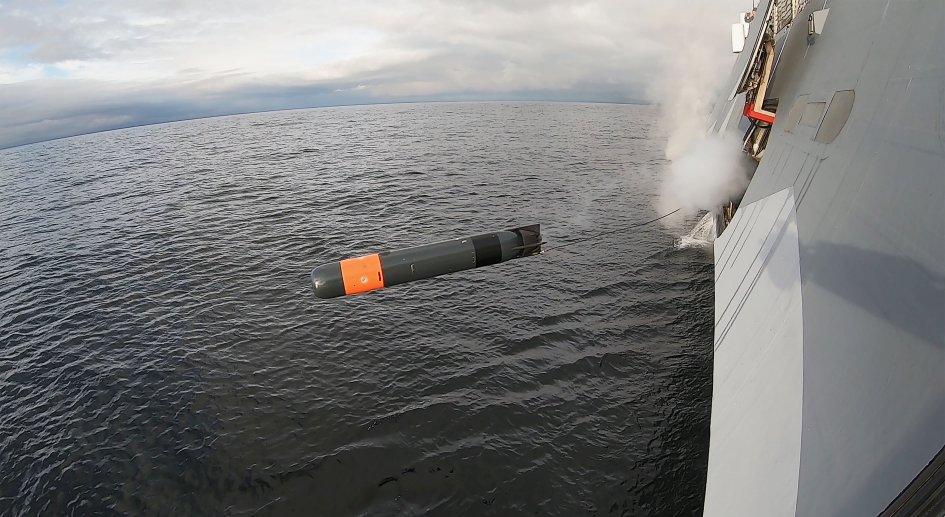 Testing was performed from a Visby-class corvette and a Gotland-class submarine earlier this year on range facilities off Karlskrona on Sweden’s east coast. The trials marked a key development milestone for Saab ahead of the start of series production.

TS47 is being developed under the Ny Lätt Torped/New Lightweight Torpedo (NLT) project as a replacement for the Royal Swedish Navy’s (RSwN’s) current Torpedo 45. Saab was awarded a SEK1.53 billion (USD160 million) contract by FMV in May 2016 for the development, series production, and delivery into service of TS47, which has been given the proprietary name Saab Lightweight Torpedo (SLWT) by the company.

Designed to operate in the complex shallow water environment of the Swedish archipelago and the Baltic Sea, TS47 features a near-neutrally buoyant 400 mm diameter wire-guided torpedo design with an advanced digital homing head for detection, classification, and tracking of targets, two-way data communications with the launch platform, a highly accurate navigation system, a wide stepless speed range, and excellent manoeuvrability. Compared to Torpedo 45, the new TS47 propulsion system embodies two major innovations in the shape of a rechargeable lithium iron phosphate battery, used for both exercise and warshot use, and a pumpjet propulsor, which replaces the contra-rotating propellers of its predecessor. As well as improving manoeuvrability, the move to a pumpjet has helped to reduce the acoustic signature by deleting the need for a gearbox.