Canberra has confirmed that it will acquire the Raytheon/Kongsberg National Advanced Surface to Air Missile System (NASAMS), but in a configuration that will integrate Australian-designed and -manufactured radars and vehicles. 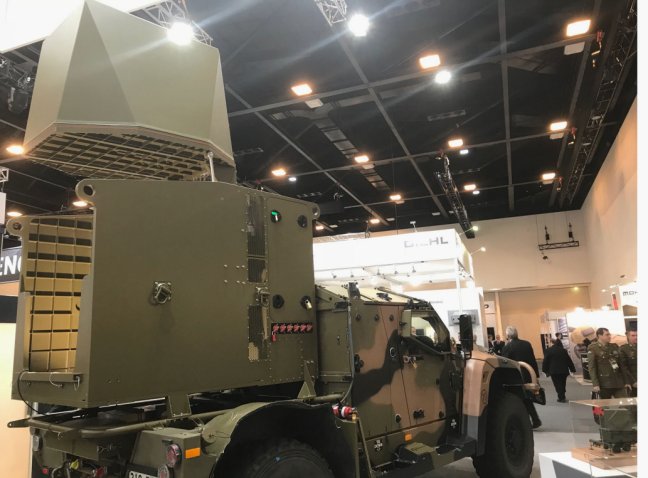 Australia’s NASAMS will integrate locally designed and manufactured radars and vehicles such as this prototype active phased-array tactical radar from CEA Technologies (shown here mounted on a Hawkei vehicle) that the Department of Defence in Canberra received in 2018. (Julian Kerr)

In a joint statement issued on 25 March, Defence Minister Christopher Pyne and Defence Industry Minister Linda Reynolds confirmed that Australia would proceed with its AUD2.5 billion (USD1.76 billion) acquisition of the NASAMS following the conclusion of a year-long risk mitigation activity (RMA).

This was initiated after First Pass Approval was granted in April 2017 under Project Land 19 Phase 7B for the development of a short-range ground-based, air-defence capability. The process included the release of a single-supplier request for tender (RFT) to Raytheon Australia to act as the prime system integrator.

Raytheon said the Australian system will use of a common launch rail that will enable it to fire the AIM-9X Sidewinder short-range air-to-air missile and the AIM-120 Advanced Medium-Range Air-to-Air Missile (AMRAAM), both of which are already in service with the Royal Australian Air Force (RAAF).

The 25 March announcement came less than two weeks after the US Department of State approved the potential sale to Australia of 114 AIM-120C-7 AMRAAMs – six of which would be instrumented – in support of Project Land 19 Phase 7B.

Canberra has confirmed that it will acquire the Raytheon/Kongsberg National Advanced Surface to Air ...