The Australian government has issued a request for information (RfI) for a replacement of the Australian Army’s fleet of Airbus Helicopters ARH Tiger armed reconnaissance helicopters.

Under the Land 4503 programme, the Australian Department of Defence’s Capability Acquisition and Sustainment Group (CASG) is seeking information to acquire a total of 29 airframes. Of these 29, 24 are to be based at a single location, with a further five to be used for training operations. 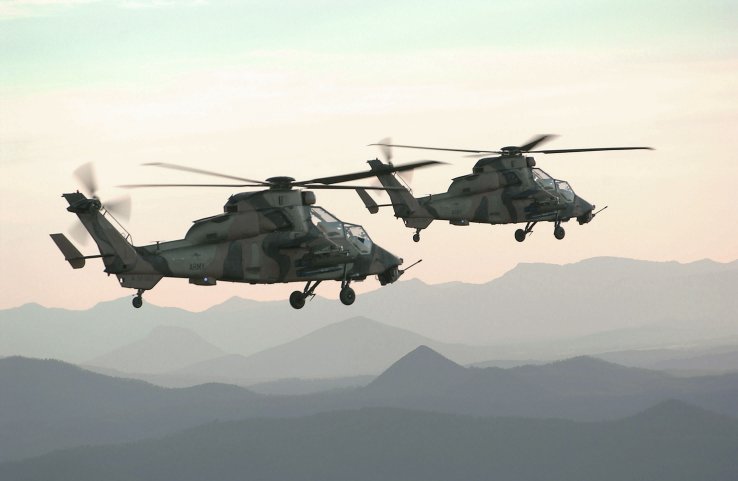 The Australian Army has issued an RfI for the replacement of its ARH Tiger fleet. (Commonwealth of Australia/Corporal Neil Ruskin)

The timelines for the programme anticipate an initial operating capability (IOC) of a squadron of 12 aircraft by 2026, with full operational capability (FOC) from 2028.

The concept of operations outlined in the RfI documentation include the ability to deploy a troop of four aircraft at the point of IOC, with the other eight aircraft split between continued force generation and build-up training. Once FOC is achieved, the Australian Army would be capable of “generating multiple concurrent deployed forces of up to Squadron [12 aircraft] size,” supported by a training system of up to five aircraft.

The procurement programme is targeting a reduced risk approach, with the cover letter for the RfI noting that the acquisition is aimed at a “proven and mature, off-the-shelf” system to “deliver armed reconnaissance efforts in close and deep contested battlespace”.

The RfI is also seeking information on a platform’s interoperability with unmanned systems, particularly as the country is replacing its fleet of Textron RQ-7 Shadow 200 under the Land 129 Phase 3 programme, and is acquiring the General Atomics Aeronautical Systems Inc’s (GA-ASI’s) MQ-9 Reaper under Air 7003 programme.

The Australian government has issued a request for information (RfI) for a replacement of the Austra...