The ongoing experimentation with civilian broadband technologies into military LEO communication operations is part of a larger co-operative effort between ANPT CFT and the Network Cross Functional Team (N-CFT), both headquartered under the US Army’s Futures Command, and the command’s advanced technology incubator dubbed ‘Team Ignite’.

“In both those cases, we are looking to ensure increased bandwidth and resilience in the network,” said John Wilson, deputy to the commanding general US Army’s Combat Capabilities Development Command (CCDC). “One of the elements of that is use of LEO satellites, in order to thicken the network in specific areas” to support army operations worldwide 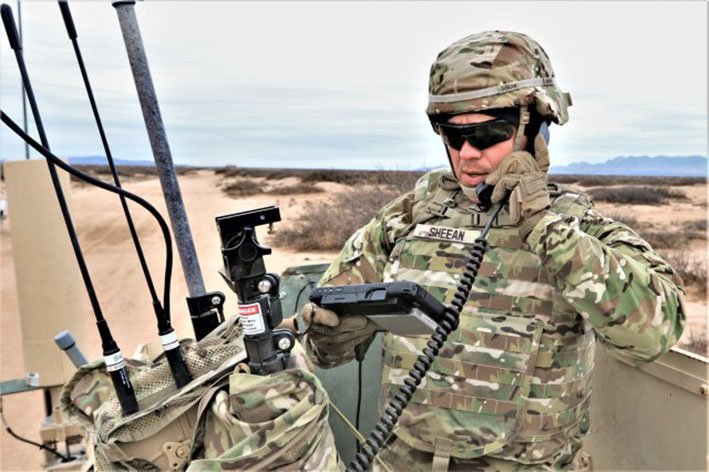 A US Army soldier conducts field tests of a prototype networked communication system in February 2019 at Fort Bliss, Texas. Army leaders are exploring use of commercial broadband technologies to support LEO satellite communication operations (US Army )

“There have been a number of agreements established with commercial vendors, and the intent there is to leverage whatever capability – whether it is terrestrial or satellite – is available at any time” to ensure dependable connectivity, he said during a 14 October briefing at the Association of the US Army’s annual symposium.