Spanish company aunav has launched a new explosive ordnance disposal (EOD) robot that it claims to be the first unmanned ground vehicle (UGV) in the world to be capable of changing its size to adapt to evolving mission scenarios.

Called the aunav.NEO, the UGV features a variable geometry system that enables it to increase or reduce in width on command. 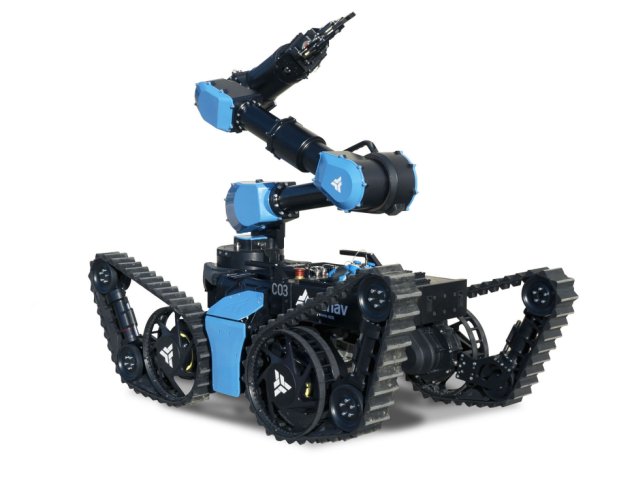 The aunav.NEO UGV can be adapted to terrain features and mission scenarios by adjusting its width. (aunav)

The vehicle is designed to handle chemical, biological, radiological, and nuclear (CBRN), improvised explosive devices (IEDs) and munitions. It measures 0.815 m in length, 0.848 m tall and is between 0.4 m and 0.68 m wide depending on its configuration.

Developed over the last three years at aunav’s factory at Binéfar in the northern province of Huesca, aunav.NEO features a self-stabilising chassis that enables it to maintain a level position even when it is traversing uneven terrain or over obstacles such as ramps or stairs.

“The combination of variable geometrics and the self-stabilising system allows the aunav.NEO to adapt to any possible operation scenario,” the company said, adding that its compact size and modular design enables it to be disassembled and transported in a broad range of vehicles, including the boot of a passenger car.

The UGV also features an autonomous navigation system that can generate three dimensional maps to assist manoeuvring in indoor and outdoor environments, while a plug and play architecture enables different accessories to be added as required.

Spanish company aunav has launched a new explosive ordnance disposal (EOD) robot that it claims to b...