Armenia has displayed the remains of Israeli-made Azerbaijani unmanned aerial vehicles (UAVs) it claims to have destroyed in clashes earlier this month along the border between the two Caucasus countries. 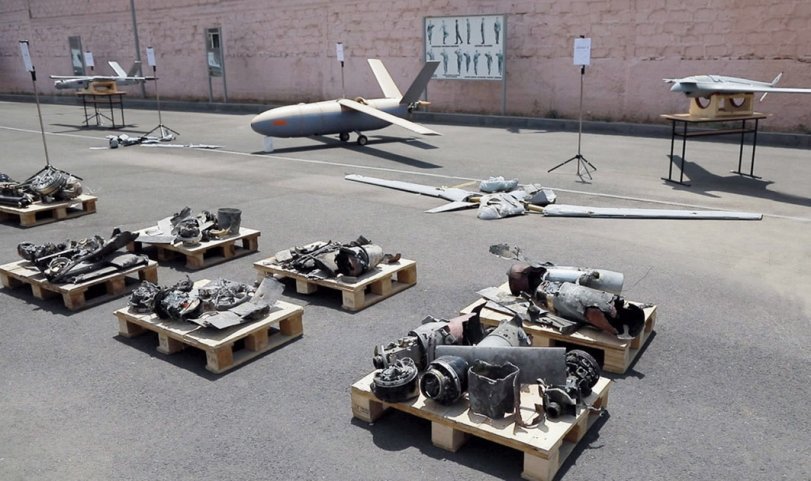 Armenia has displayed the remains of Israeli-made Azerbaijani UAVs it claims to have destroyed in border clashes with Azerbaijan earlier in July. (Armenian MoD)

The debris was shown at a media facility at the Khanpertsyan Military Aviation University of Armenia in Yerevan on 21 July.

Armenian Ministry of Defence (MoD) press secretary Shushan Stepanyan subsequently posted a set of photographs of the debris online, which included images of a BlueBird ThunderB, two Aeronautics Orbiter 3s, and a Hermes 200.

In a tweet on 21 July, she described the debris as “Azerbaijani UAVs shot down by units of the Armenian Armed Forces in recent days.”

Clashes between Armenian and Azerbaijani forces were first reported on 12 July and both sides have claimed daily incidents of small arms, mortar, and artillery fire since then.

Armenian and Azerbaijani UAVs have also been regularly reported in action, with the MoDs in Baku and Yerevan issuing bomb damage assessment imagery of attacks on troop positions filmed from UAVs.

Fortem Technologies has developed an advancement for its SkyDome airspace intrusion detection suite ...