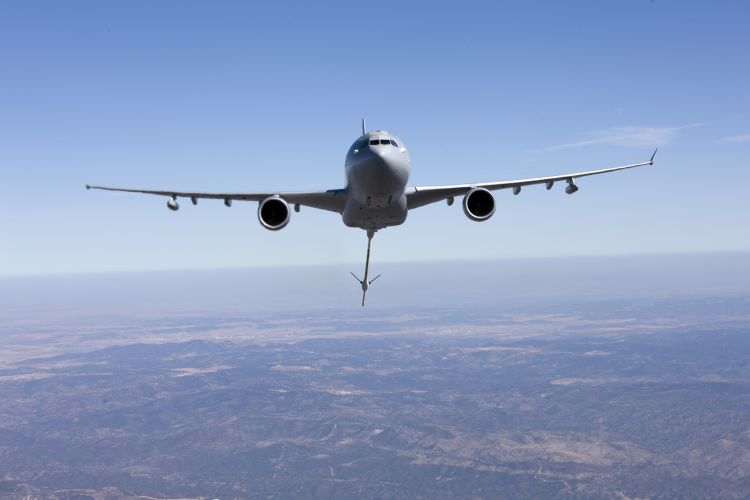 Boeing spokesperson Marcia Costley said on 1 April that the company responded to the invitation to qualify (ITQ) with the KC-46A. Costley declined further comment prior to publication.

A Department of National Defence (DND) spokesperson said on 1 April that the RCAF is looking for a new fleet of multirole aircraft that possess air-to-air refuelling (AAR) capability to accommodate both probe and drogue as well as boom refuelling of North Atlantic Treaty Organization (NATO) and North American Aerospace Defense Command (NORAD) aircraft. This will include aircraft that will be selected by Canada’s Future Fighter Capability Project (FFCP).

The RCAF also wants multirole aircraft that can be reconfigured to support AAR, strategic airlift, aeromedical evacuation, and Canadian government strategic transport missions. The air force also wants a platform that has an upgraded secure communication system and a self-protection system.

The DND, in its ITQ, had very specific and detailed AAR and airlift capacity requirements for contractors to be eligible to bid for the STTC. The DND described these requirements as part of a three-legged operational example: AAR Flight, Airlift Flight 1, and Airlift Flight 2.

Only Airbus and its A330 Multi Role Tanker Transport (MRTT) aircraft qualified to bid for Canada’s S...