If it had not been cancelled, Eurosatory would have seen the debut of AeroVironment’s Quantix Recon unmanned aerial vehicle (UAV) at an international exhibition. The vertical take-off and landing reconnaissance and surveillance UAV has an 18 Mp colour camera sensor in the lower part of its nose providing images with 4,864 × 3,648 pixel resolution. Behind it is a multispectral sensor that generates 2,432 × 1,824 pixel images. Shifting red, green and near-infrared filters in front of the latter allow images to be captured in three bands: 583-676 nm, 538-589 nm and 798-891 nm. 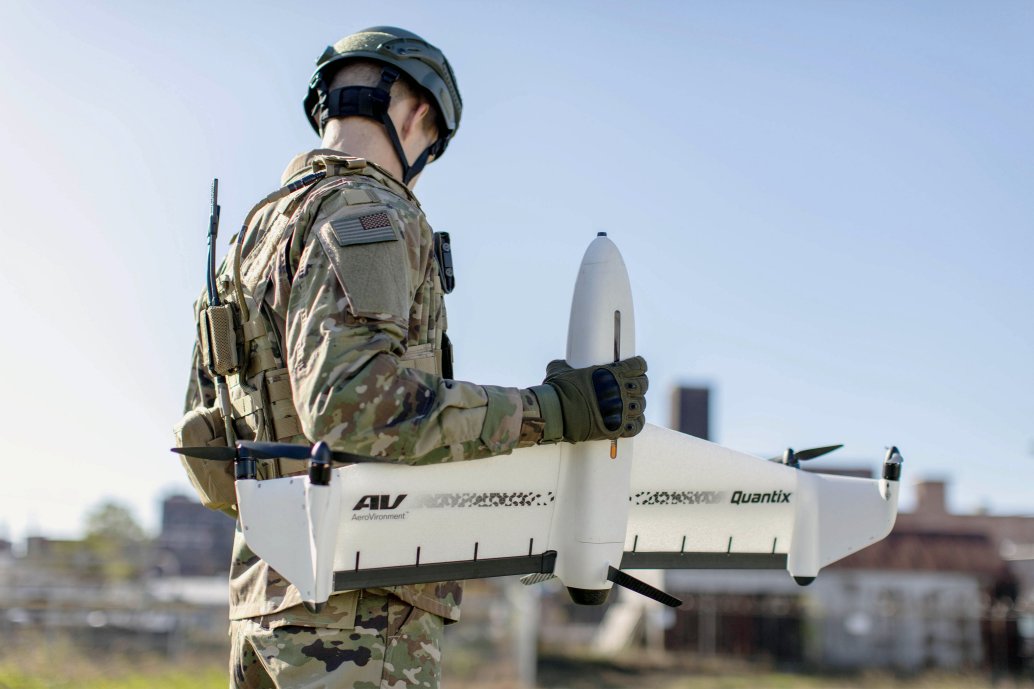 Quantix Recon is easily deployable by a single operator from a small take-off and landing area. (AeroVironment)

Data is processed on board the UAV while it is returning to a landing site. Low-resolution imaging and mapping is available upon landing and can be transmitted to a tablet-based ground control station via a Wi-Fi link. The onboard SD memory card can be removed for high-resolution views, all georeferenced, and further analysis using more sophisticated tools to create 3D maps. The multi-spectral capability can be used to see where earth has been removed, differences in vegetation, and local features.

Quantix Recon has a small footprint, with a maximum take-off weight of 2.27 kg, a 975 mm wingspan, and four 518 × 381 mm rotors/propellers with a 210 mm diameter. The two-blade rotors/propellers are driven by electric motors fitted to the end of Y-shaped winglets.

If it had not been cancelled, Eurosatory would have seen the debut of AeroVironment’s Quantix Recon ...

The US Air Force (USAF) plans to downselect vendors in a likely 60-90 days to develop prototype air ...