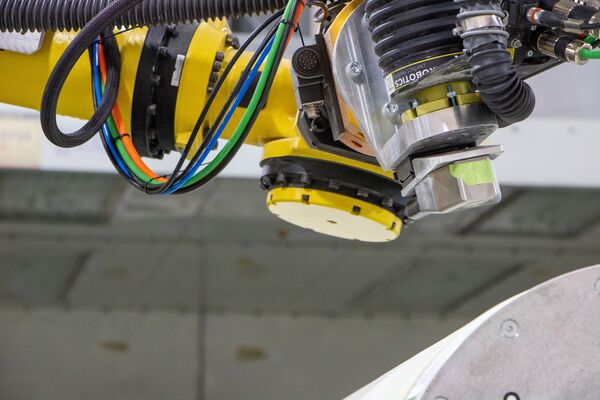 Terahertz or THz (pictured above) is a non-contact measurement tool that is used to analyse or inspect the thickness of paint or coat on an object. Aerobotix and ASA will use this tool to analyse the same of RX-2390 on hypersonic missiles. (Aerobotix)

Tuttle told Janes that ASA and Aerobotix will collaborate to design the systems and will build them in the United States. ASA will then be trained to install the automated systems in Australia.

The training is expected to make ASA “fully self-sufficient in operating a system and maintaining it”, Tuttle said.

Aerobotix will co-ordinate with the US State Department “for approval of any technology transfer to ASA”, Tuttle added.

Aerobotix collaborated with Minteq – a subsidiary of Minerals Technologies Inc – to develop a Firex RX-2390 “recipe and a unique robotic paint dispensing system that is optimised for automation and heavy production”, Aerobotix said in a media release on 9 March.