The 4.3 m × 4.3 m modular array is now ready to be wrapped, packed and shipped to the future US Navy guided-missile destroyer Jack H. Lucas (DDG 125) at the Huntington Ingalls Industries Ingalls Shipbuilding yard in Pascagoula, Mississippi.

Previously, radars would still need to be calibrated at this point in their development. But Raytheon now does that work in the RDF, noted Scott Spence, Raytheon, senior director of naval radars for Raytheon Missiles & Defense. 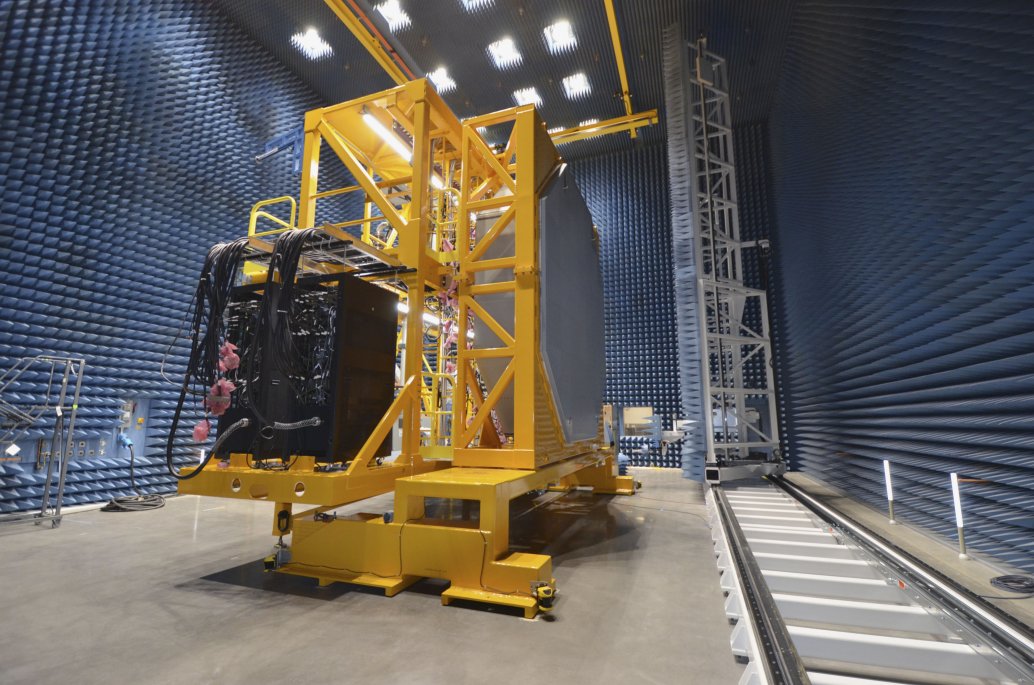 “The radar is already calibrated and ready to go to the ship,” Spence told Janes .

The third and fourth AN/SPY-6(V)1 radars, also known as Air and Missile Defense Radars (AMDRs) are in the ranges for testing and calibration and Spence said. “Once we get the first one through, we [will] learn how to calibrate the radars quicker. It’s more like a mass-production capability.”

The company already had experience in calibrating the radar after building a demonstration sensor and another testing-program sensor, he pointed out.

Now, thanks to the company’s investment in advanced robotics production in the RDF, he said, it will be possible to produce the radars more quickly, reliably and with greater throughput.

The RDF uses robot technology to move radars around the field ranges with greater speed and efficiency. “It’s redefining how we orchestrate all that movement and go through the calibration activities.”

The facility technology is operating exactly as the company had planned, he added.