The US Naval Air Systems Command (NAVAIR) has issued a request for information (RFI) for a jet aircraft to perform some aspects of land- and ship-based carrier training in support of the Undergraduate Jet Training System (UJTS) programme. 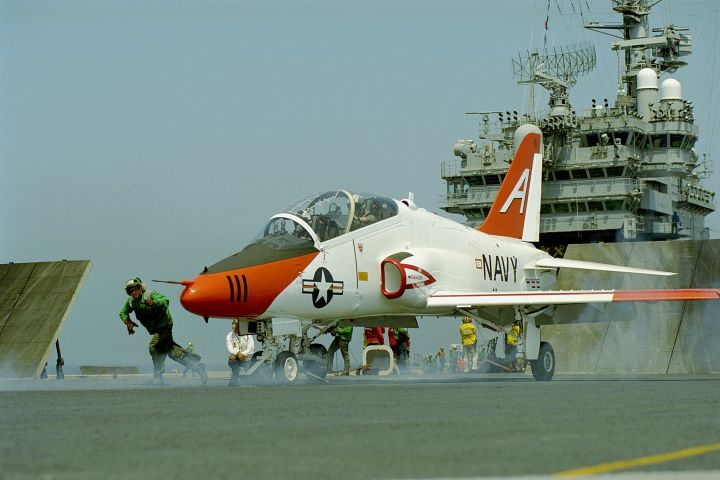 The US Navy currently conducts all elements of carrier-based pilot training using the Boeing T-45C Goshawk (pictured). An RFI for a land-based aircraft to conduct those elements of carrier training that do not include arrested landings or catapult-assisted take-offs has been issued, as it perhaps looks to divide its future carrier training requirements between different aircraft types.

According to the RFI, the aircraft is not required to conduct either arrested landing or catapult-assisted take-offs, although it does need to be able to withstand the very high sink-rates associated with carrier landings.

Performance specifications listed by NAVAIR include a top speed in excess of Mach 0.84, an operational ceiling of 41,000 ft, synthetic radar and other sensors, as well as simulated air-to-air and air-to-surface weapons employment. It should also have two rocket/bomb-capable pylons.

The US Naval Air Systems Command (NAVAIR) has issued a request for information (RFI) for a jet aircr...