Kazakh vehicle manufacturer KPE announced on 13 May that it had signed a further agreement with the Kazakh Ministry of Defence (MoD) for a further batch of 4×4 Arlan MRAP vehicles.

Details and numbers of the contract were not disclosed, but the new batch is to be delivered in 2021. The Kazakh military has been operating the Arlan for more than three years, with deliveries to the Kazakh MoD and law enforcement agencies beginning in August 2016.

The vehicle can carry up to 10 personnel, and is based on the design of South African firm Paramount Group’s Marauder MRAP vehicle but adapted to work in the extreme temperatures of Kazakhstan. The last batch of vehicles, delivered to the MoD and special services in November, included ergonomic upgrades and improved heating and air conditioning to the vehicles based on user feedback. 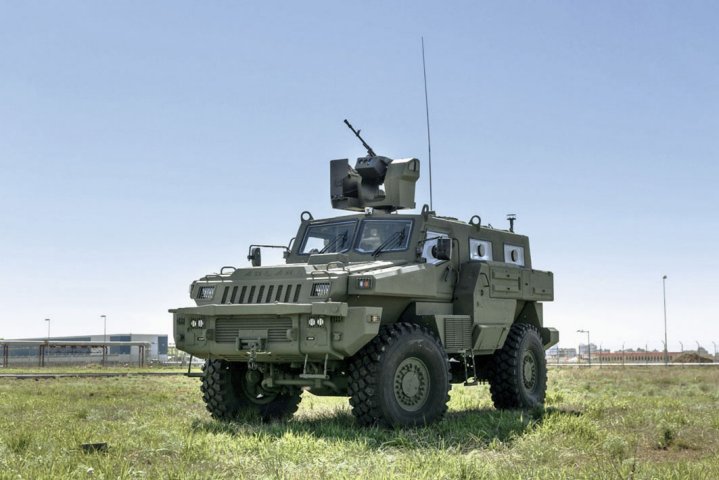 KPE has been delivering the Arlan to the Kazakh MoD since 2016.

KPE also disclosed a number of developmental programmes in its release on the new Arlan contract. These include a special operations variant of the Alan 4×4, a licence-built model of the Plasan SandCat, known as the Alan 2, and a tracked infantry fighting vehicle (IFV) called the Mergen.

A KPE spokesperson told Janes that both projects are to be finalised and tested soon by the Kazakh MoD.

The company is also marketing the Barys 8×8 wheeled IFV, based on the Paramount Group Mbombe 8, to the Kazakhstan MoD, with factory and demonstration tests continuing. First unveiled in 2016, the vehicle underwent winter trials in late 2017 in temperatures that dropped to –45°C and a wind-chill effect of –60°C.