The PLA-sponsored China Military Online website reported on 7 May that the new 6×6 SPH, which is believed to have the designation PLC-181 and is currently being handed over to PLAGF artillery units, will gradually replace the service’s ageing PL-66 152 mm towed howitzers and a small part of the remaining Type 59-1 130 mm towed field guns. 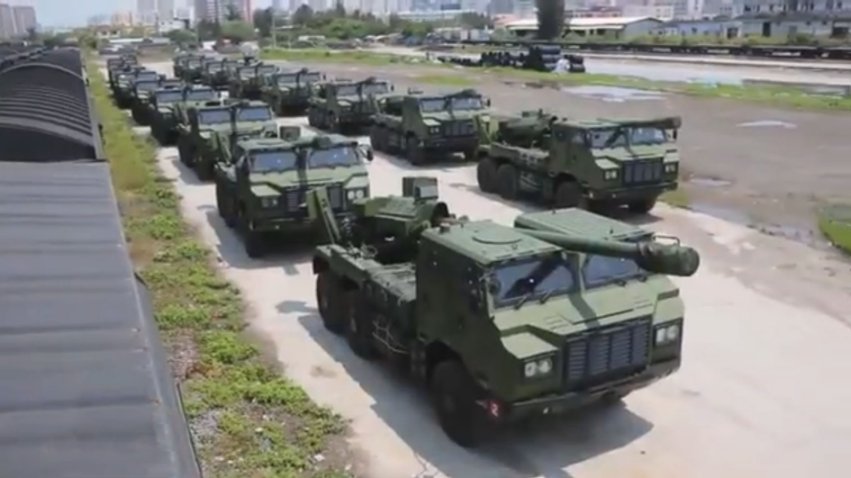 The website stated that the new SPH, which is manufactured by China North Industries Corporation (Norinco) and has the export designation SH-15, can go from a parking to a combat state, launch six projectiles, and withdraw from its position within three minutes.

The SPH, which features an automatic fire-control system, an automatic gun-laying system, a semi-automatic ammunition loading system and digitised control panels, is operated by crew of six (including the driver), all of whom are transported in the cabin area of the armoured vehicle.

The new 25-tonne SPH, which is known to be operated by artillery brigades both in Tibet and under the PLA’s Eastern Theatre Command, can be transported by rail, and two of them can reportedly be carried in the cargo bay of a Y-20A Kunpeng strategic transport aircraft, which has an estimated maximum payload of 66 tonnes and a maximum take-off weight of 220 tonnes, according to Jane’s All the World’s Aircraft .

According to Norinco, the SH-15, which is based on a truck chassis and is capable of travelling at a top speed of 90 km/h on roads, is fitted with a 155 mm L52 howitzer capable of firing between four and six rounds per minute.