BMT has disclosed details of a new maritime autonomous surface vehicle seaframe concept design based on a pentamaran hullform.

Developed as a private venture activity, the pentamaran is seen to have applications to unmanned surface vessels (USVs) in several autonomous defence roles, including anti-submarine warfare (ASW), intelligence surveillance and reconnaissance (ISR), patrol, and hydrographic survey. 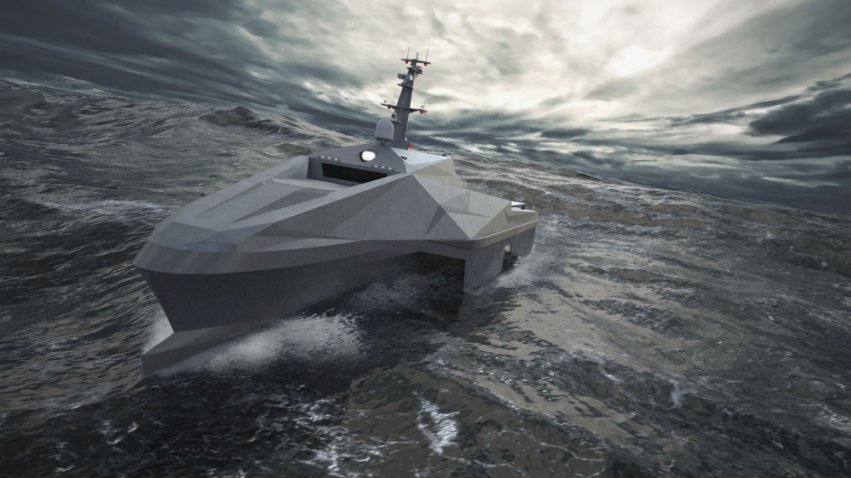 BMT’s advocacy for the application of the pentamaran hullform stemmed from work that began several years ago to examine the optimum hullform for fast sea transportation. Having examined monohull, catamaran, and trimaran options, the company determined that the trimaran offered the least hydrodynamic resistance but tended to abruptly roll one side to the other in heavy seas.

The pentamaran hullform features a very slender central hull and two smaller hulls or sponsons on either side. The sponsons are set one behind the other and when the vessel operates on flat water, the forward sponsons are not submerged, as they provide a roll stability effect in waves only.

Compared with a trimaran, there is less volume permanently immersed and therefore less resistance through the water. Furthermore, lateral accelerations are claimed to be lower, reducing g-loadings on the structure as well as antennas and sensors on the topside.

BMT showcased a fast frigate concept design in 2003 based on the pentamaran form. The knowledge gained from this design activity has now also been cross-fertilised to the unmanned/autonomous sector.