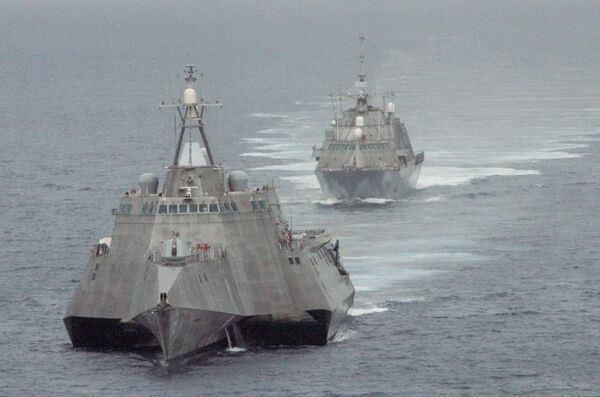 US marines have begun to use Littoral Combat Ships for Expeditionary Advanced Base Operations. (US Navy)

The US Marine Corps would be able to use both Littoral Combat Ships (LCSs) and the proposed Light Amphibious Warship (LAW) for the marines' Expeditionary Advanced Base Operations (EABO), according to Vice Admiral Roy Kitchener, commander of both the Naval Surface Forces and the Naval Surface Force, US Pacific Fleet.

“They complement each other very well,” Vice Adm Kitchener said on 7 January during a media roundtable prior to the Surface Navy Association National Symposium, which starts on 11 January in Arlington, Virginia.

The LAW, a new ship concept being proposed by the US Marine Corps (USMC), would be a small, relatively light and affordable ship designed to move marines and their gear quickly to and from small outposts as outlined in the USMC EABO plan.

However, according to some defence analysts, the US Navy wants a more survivable – and therefore, more expensive – platform than what the marines had in mind.

Surface Navy 2022: US Navy remains on track for new and updated destroyer fleet 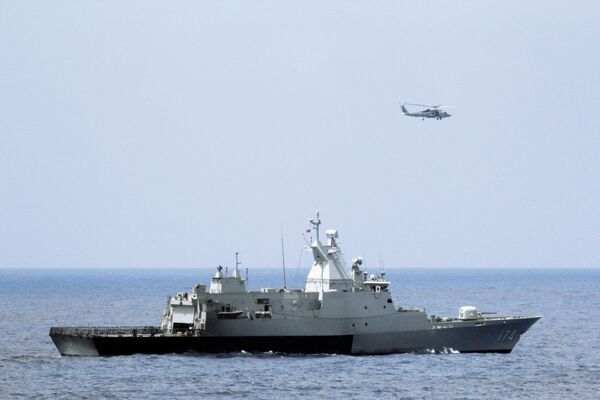 The guided-missile destroyer USS Pinckney is being being upgraded with a modernised combat system and associated equipment. (US Navy)

Guided-missile destroyer Jack H Lucas (DDG 125) – the navy's first Flight III Arleigh Burke-class ship, which launched in June 2021 – is on track to be christened later this year, Vice Adm Kitchener said during a media roundtable on 7 January in advance of the Surface Navy Association National Symposium, which starts on 11 January in Arlington, Virginia.

The DDG 51 Flight III advancements are anchored by the AN/SPY-6(V)1 Air and Missile Defense Radar and incorporates upgrades to the electrical power and cooling capacity plus additional associated changes to provide greatly enhanced warfighting capability, navy officials noted. According to them, the new radar is needed to defend against evolving missile and other threats.

At the same time, USS Pinckney 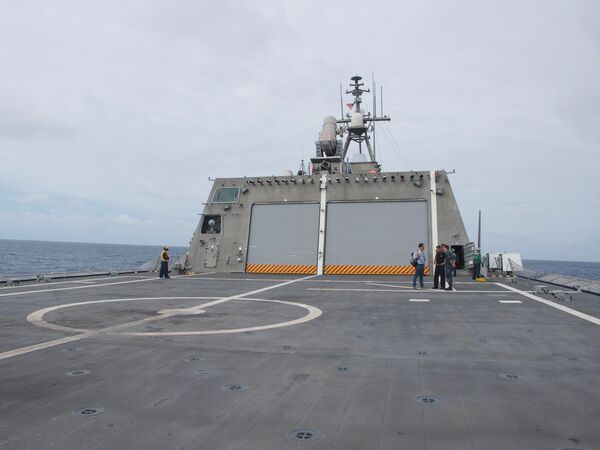 The USN sees a great deal of utility in the large flight decks on Littoral Combat Ships. (Michael Fabey)

The USN is establishing an LCS mission set outside the traditional carrier strike group (CSG) paradigm, as well as moving away from the contractor-heavy maintenance model towards a more forward-deployed sailor-centric plan, Vice Adm Kitchener noted on 7 January during a media roundtable prior to the Surface Navy Association National Symposium, which starts on 11 January in Arlington, Virginia.

He said that LCSs were doing different missions than what they were designed for. Navy officials reached out to fleet commanders with specific questions on LCS mission sets: “What do you want it to do? What missions do you want them to execute, based on the [current] environment?”

India's first indigenously built aircraft carrier has departed for its third round of sea trials that will involve more “complex manoeuvres”, the Indian Ministry of Defence (MoD) said on 9 January.

The vessel, which will be in service as INS Vikrant once commissioned, has departed with a multi-agency team including scientists from the Defence Research and Development Organisation's Naval Science and Technological Laboratory, the MoD added.

Vikrant is built by Cochin Shipyard Limited and the vessel completed harbour and basin trials in December 2020.

The long-delayed vessel began its maiden sea trials in August 2021 and a second shakedown cruise was completed in October. It is at least six years behind schedule in its commissioning date.

It has been built with a ‘ski-jump' ramp and it will deploy MiG-29K fighter aircraft, Kamov-31 airborne early warning helicopters, and MH-60R multirole helicopters once in service.

Vikrant is expected to be commissioned in the first half of 2022.

The US Marine Corps would be able to use both Littoral Combat Ships (LCSs) and the proposed Light Am...