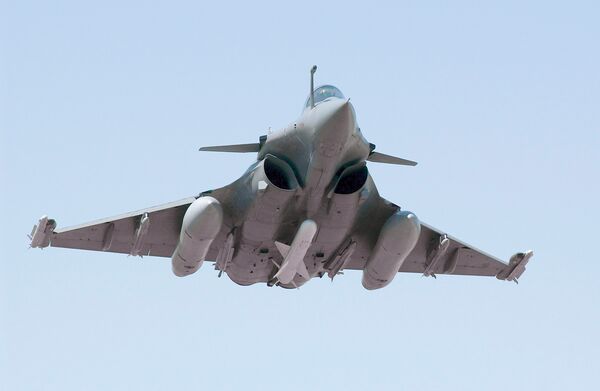 Dassault Aviation delivered 55 airplanes in 2021, up from 47 the year before, the French aerospace manufacturer announced on 6 January.

Dassault provided 25 Rafale multirole fighters to export customers in 2021, which met expectations and was up from 13 the previous year. The company also delivered 30 Falcon business jets, up five from an earlier forecast but down four from the previous year.

Dassault received orders for 49 Rafales and 51 Falcons in 2021, up from zero and 15, respectively, from the year before. The company attributed its low 2020 order intake to economic uncertainty and travel restrictions spurred by the Covid-19 pandemic.

The 2021 Rafale order figure consisted of 37 aircraft for export and 12 for France. The United Arab Emirates' signing of a contract in December 2021 to buy 80 Rafales is not included. Dassault gave no reason for the omission.

An official spokesperson of South Korea‘s Ministry of National Defense (MND) told Janes that the aircraft crashed into a mountain in Hwaseong, Gyeonggi Province, south of Seoul, at 1344 h local time after taking off from an RoKAF airbase in Suwon.

According to the MND, an engine fire warning light turned on a few minutes after take-off. The pilot, who tried to eject twice from the aircraft, died in the crash.

The RoKAF has launched an investigation into the causes of the accident, the MND said.

According to Janes inventory data, this is the 12th ROKAF F-5 aircraft to crash since the fleet's entry into service in the mid-1970s.

The RoKAF originally received 174 F-5Es and 40 F-5Fs from 1975 and 1976 respectively, according to Janes World Air Forces . The F-5s are being retired after more than 30 years of service and replaced with new fighter aircraft capabilities.

Netherlands to locate Reapers in Caribbean

The Dutch Ministry of Defence (MoD) said on 6 January that, with the first of four Block 5-standard Reapers set to be delivered to the Royal Netherlands Air Force (RNLAF) in February, the platform is to be located on the Dutch Caribbean island of Curaçao for testing and civil-support operations, including in the field of counter-narcotics. As previously reported, the Netherlands will not arm its Reapers.

A screenshot of a Turkish Aerospace video showcasing the new Engineering Center of the National Combat Aircraft that, along with other dedicated facilities, was opened on 6 January. (Turkish Aerospace)

Turkey has opened new engineering facilities dedicated to the design, development, and manufacture of its future combat aircraft.

President Recep Tayyip Erdoğan announced on 6 January that the Engineering Center of the National Combat Aircraft had been formally opened, with the goal of rolling out the first Turkish Fighter Experimental (TF-X)/National Combat Aircraft (MMU) prototype in 2023. Other facilities opened on the same day comprised the Composite Manufacturing Facility and the Maintenance and Repair Center.

According to Turkish officials, the 65,000 m 2 Engineering Center of the National Combat Aircraft near Ankara will accommodate 2,300 people dedicated to the TF-X/MMU project. Also in the Kahramankazan suburb of Ankara, the Composite Manufacturing Facility is to build the necessary components and subsystems for the TF-X/MMU aircraft, while the Maintenance and Repair Center will conduct maintenance, repair, and overhaul (MRO) activities for the project.

Dassault Aviation delivered 55 airplanes in 2021, up from 47 the year before, the French aerospace m...