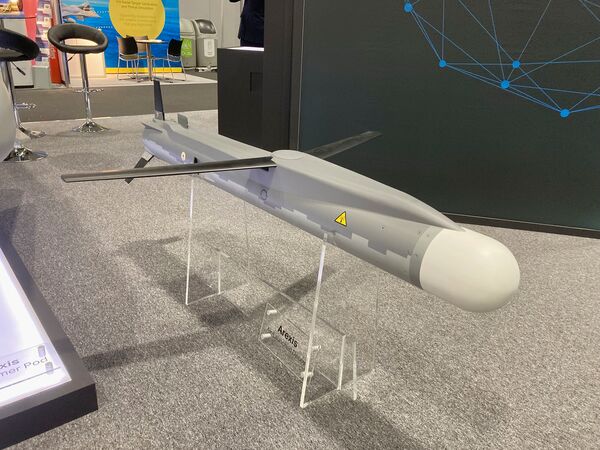 Saab describes Arexis as a family of airborne EW solutions addressing threat warning, situational awareness, self-protection, and EA. The company first announced its concept for a small, long range/long endurance EW decoy in 2017, and has kept the Swedish Air Force, the Defence Materiel Administration, and the Defence Research Agency appraised of its work.

However, the presence of an Arexis air-launched decoy model at AOC Europe 2021 was the first time that the company had publicly revealed that it was co-operating with MBDA to explore an adaptation of SPEAR-EW. 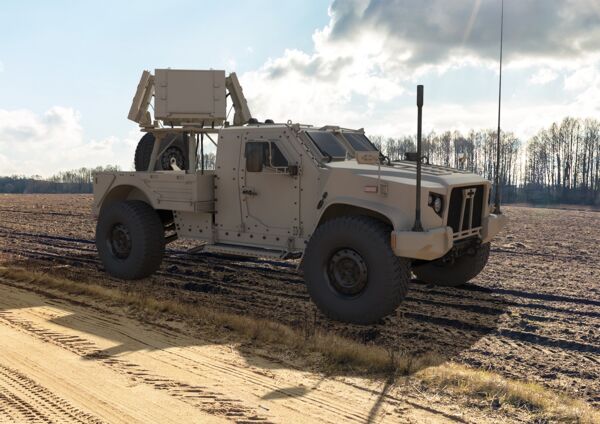 The RADA exMHR mounted on a JLTV in a quad configuration. (RADA)

On 14 November 2021 RADA announced the receipt of USD5 million for an initial pre-order of its extended multimission hemispheric radar (exMHR), with a computer-generated image of the radar mounted on a Joint Light Tactical Vehicle (JLTV) in a quad configuration, suggesting that the exMHR could be employed for a forthcoming mobile Iron Dome variant (I-Dome).

Accompanying the release, the product page for the exMHR on the company's website featured the same image, as well as an image of a Rheinmetall-MAN HX-series 6×6 truck fitted as a transporter, erector, launcher, and radar (TELAR) vehicle.

The second image was first seen at Eurosatory 2018 with Rafael Advanced Defense Systems I-Dome TELAR, with 10 Tamir missile launch containers mounted on the launch assembly, arranged in sealed ready-to-launch canisters inserted in a 2×5-cell hydraulically elevated canisterised launcher on the back of the truck. The exMHR was mounted in front, just aft of the cabin in a quad configuration, similar to the JLTV image but in an enclosed, truncated, pyramidical housing. 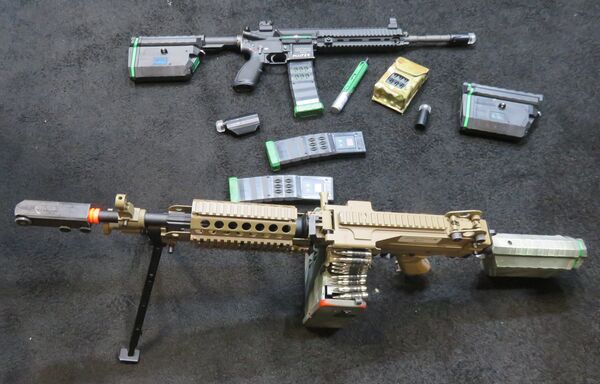 Norwegian company Green Ammo has developed a new version of its Electronic Blanks (E-blanks) system, which it showcased at the Interservice/Industry Training, Simulation and Education Conference 2021 (I/ITSEC 21) in Orlando, Florida, on 29 November–3 December.

E-blanks simulates the firing of small-arms ammunition with recoil, sound, and muzzle flash but without using blank rounds. The system's advantages over conventional blank ammunition are that it is more environmentally friendly as there are no spent cartridge cases, it is logistically simpler and saves ammunition issue and resupply time in training, it is safer, and it can be used in situations where conventional blank ammunition is forbidden. That can be particularly useful for special forces that need to train in real locations. 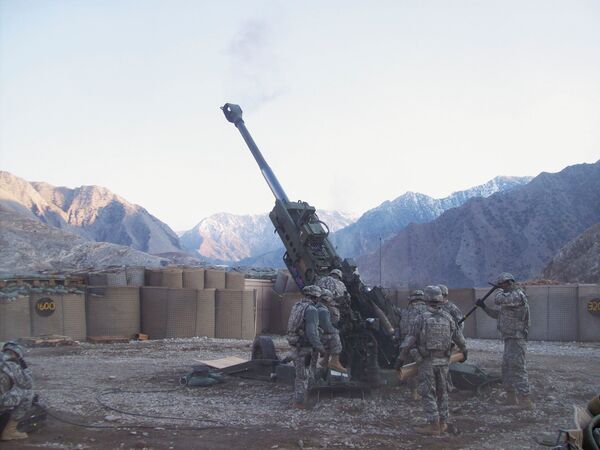 The Indian MoD has issued an expression of interest to procure terminally guided munitions for operation from its 155 mm artillery systems including its M777 ultra-light howitzers (pictured). (BAE Systems)

The Indian Ministry of Defence (MoD) has issued an expression of interest (EoI) in support of its planned procurement, from local industry, of 1,966 rounds of 155 mm Terminally Guided Munitions (TGMs) for the Indian Army.

The EoI states that the TGMs will increase the capability of the army's artillery systems by facilitating “precision strikes and simultaneously reducing collateral damage”. It added that the Indian Army's artillery regiment has no TGM capability.

According to the EoI, the munitions will be procured through a procurement category known as Make-II. The category outlines the procurement of local-industry funded designs and developments and is intended to support India's import substitution drive. Make-II was introduced in 2016 and is part of India's current Defence Acquisition Procedure (DAP) 2020.