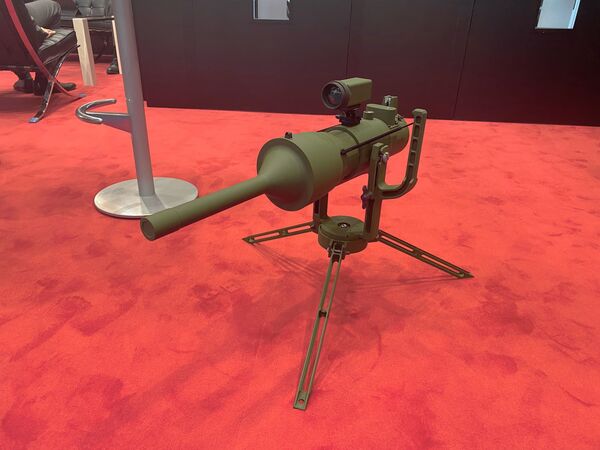 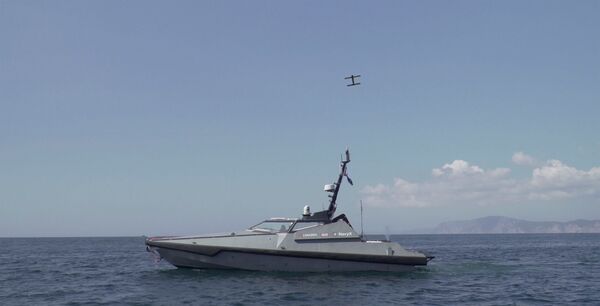 An AeroVironment Switchblade 300 tactical precision-guided missile is fired from the UK's MADFOX USV during the NATO ‘REP(MUS) 21' exercise. (AeroVironment)

The US Navy (USN) and UK Royal Navy (RN) have successfully executed a maritime sensor-to-shooter (S2S) demonstration culminating in the firing of an AeroVironment Switchblade 300 tactical precision-guided missile from an experimental unmanned surface vessel (USV).

Exercise ‘REP(MUS) 21' – an abbreviation of Robotic Experimentation and Prototyping Augmented by Maritime Unmanned Systems – is an annual exercise jointly organised by the Portuguese Navy, the University of Porto, NATO's Centre for Maritime Research and Experimentation, and the NATO Maritime Unmanned Systems Initiative. The event, hosted at the Portuguese Navy's Centre for Operational Experimentation held in Troia, gives NATO allies and partners an opportunity to field and evaluate new uncrewed and autonomous maritime technologies.

The last UR-100N missile was delivered to Soviet forces in 1985 with a guaranteed service life of 10 years, which Leonov said was repeatedly extended by checking the missile's fuel tanks, the condition of the liquid propellant, and the safety margins of the load-bearing structures.

The MIRV warheads of 12 remaining UR-100NUTTH missiles are to be replaced by the Avangard hypersonic glide vehicle, the TASS news agency reported in 2018. Many of the remaining silo-based UR-100N series missiles have been replaced by the road-mobile Yars R-24 ICBM.

Weighing approximately 14.5–16.3 kg (unloaded), between 193 and 203.2 cm in length, and 17.8 cm in diameter, the Trident launcher utilises a curved nosecone to increase streamlining and reduce drag. Utilising Moog's Trident Interface Unit, the launcher is designed to be integrated on to a standard missile rail interface across a variety of aerial platforms without necessitating changes to existing fire-control systems software.