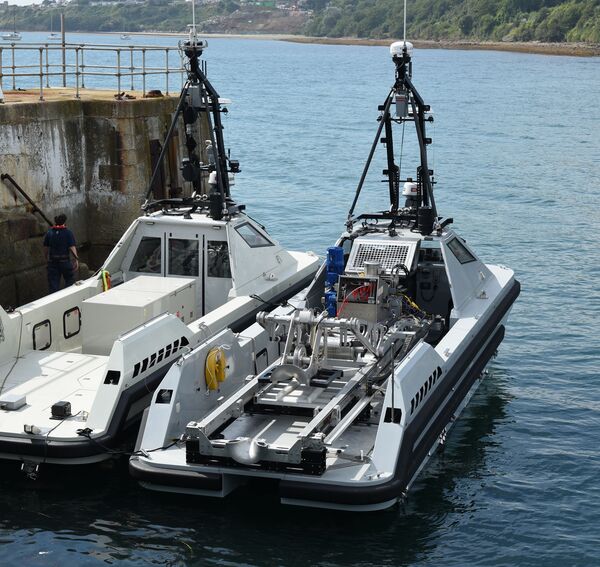 The two companies have integrated Raytheon's AN/AQS-20C mine hunting sonar system with an ARCIMS USV for participation in the forthcoming Wilton Industry Show and Experiment for Mine Counter Measures (WISEX) demonstration in the Clyde approaches. Scheduled to start in mid-October on ranges off Campbeltown, WISEX is a capability showcase intended to allow industry to demonstrate candidate systems and technologies for the RN's Mine Hunting Capability (MHC) Block 2 programme and/or future spirals.

Towed behind a USV, the AN/AQS-20C incorporates four separate sonars in a compact, lightweight, and hydro-dynamically stable towed body. These comprise a synthetic aperture sonar covering a broad swath either side, a forward looking sonar for volume search through the water column, and a nadir gap-filling sonar looking beneath the towed body. 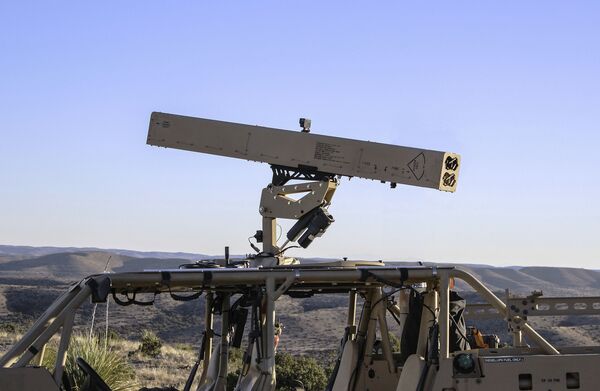 A remote-controlled LGR-4 Fletcher launcher, integrated with an MSI-developed Vehicle Integration Kit mounted on a ground-based platform, preparing for a live-fire test at a recent system demonstration. (Arnold Defense)

Purpose-built for land platforms, the LGR-4 Fletcher is a lightweight four-cell laser-guided rocket (LGR) launcher designed to deliver single or ripple fire effects against static and moving ground targets at ranges between 1 and 8 km, with a stated effective precision strike range of 6 km. Weighing 25.4 kg (unloaded), 1.9 m in length, and 20.3 cm in diameter, the LGR-4 can be mounted on tactical lightweight vehicles, remote weapon stations, non-standard tactical vehicles, and stationary platforms.

“We have been developing smart weapons for quite a while now in both military and commercial small arms segments,” Vorobyeva said.

The new system is to be integrated with soldier protection, combat management, and power supply subsystems. According to Kalashnikov, the kit will feature a modular design, and forthcoming weapons fitted with the device will have a weight comparable to the 3.5 kg AK-12 5.45 mm assault rifle, which has been adopted by the Russian Armed Forces. The new weapon, fitted with the smart kit, is designed to engage personnel wearing body armour at distances up to 600 m.

Meanwhile, the company is about to begin manufacturing MP-155 Ultima 12-gauge shotguns fitted with sensors and an Android-based processing unit mounted in the rear of the upper receiver. The computer counts the remaining cartridges and the number of shots, and processes a video from an integral high-definition camera. 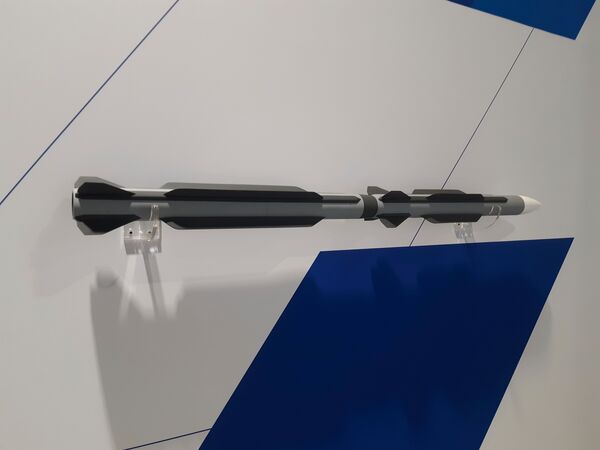 Boeing's half-scale two-stage Long-Range Air-to-Air Missile concept on display on 21 September at the Air Force Association's annual convention. A two-stage concept allows the back half to drop off in flight, allowing the vehicle to gain aerodynamic efficiencies. (Janes/Pat Host)

Zac Wood, Boeing's manager for global sales and marketing at Phantom Works advanced weapons, told Janes on 21 September at the show that the AFRL sought capabilities in multipulse, air breathing, and two-stage missile design. While Boeing did respond to all three technology areas, Wood said Boeing developed the two-stage LRAAM for the portion that desired a two-stage design.

Atlas Elektronik UK (AEUK) and Raytheon have teamed to demonstrate an autonomous mine hunting soluti...