The Kalashnikov Group’s ZALA Aero unveiled the ZALA 421-16E5G unmanned aerial vehicle (UAV) with a hybrid powerplant and a navigation system for unmanned aircraft systems (UASs) that does not depend on GLONASS/GPS satellite navigation at a press event in Moscow on 14 April. 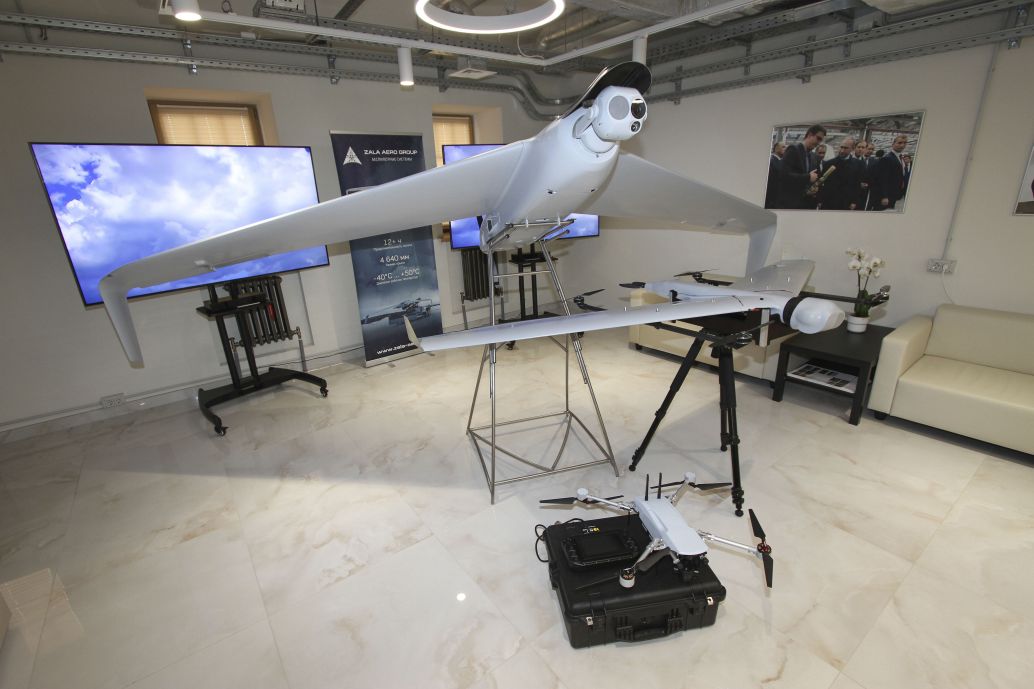 ZALA Aero unveiled the ZALA 421-16E5G UAV with a hybrid powerplant (on stand) and a UAS navigation system that does not depend on GLONASS/GPS satellite navigation (on floor) on 14 April. (Denis Fedutinov)

Designed for reconnaissance and surveillance missions, the hybrid engined UAV has a swept wing with a 4.64 m wingspan. The hybrid powerplant is located in the UAV’s tail section and its internal combustion engine rotates the electric generator, powering the electric motor while also charging the battery. The UAV has a range of 100 km and endurance of over 12 hours.

The payload carried in the UAV’s nose includes a high-definition (HD) thermal imager and a full HD video camera with a 60× zoom. The onboard computer with artificial intelligence-based software provides object recognition.

ZALA Aero said serial production of the ZALA 421-16E5G UAV has already begun but refused to name the customer.

The company’s GPS-independent UAS navigation system has been tested on the new ZALA 421-24 multirotor UAV. We set a point on an electronic map and flew the multicopter to the specified co-ordinates,” said Nikita Khamitov, ZALA Aero’s head of special projects. “The UAV can return at any time during the flight if it loses the communication link or GPS signal.

The UAV’s onboard computer processes data received from the electro-optical surveillance system and creates a cloud of points on the ground that can be used to return to its launch point.