Mark Holden, FLIR unmanned and integrated systems director of product strategy for the United States government, told Janes on 7 October during the Association for Unmanned Vehicle Systems International (AUVSI) Xponential trade show that this new propulsion system is plug and play. Current SkyRaider operators can simply remove the aircraft’s arms that house the standard motors and propellers, and replace them with new arms that house the improved propulsion system. 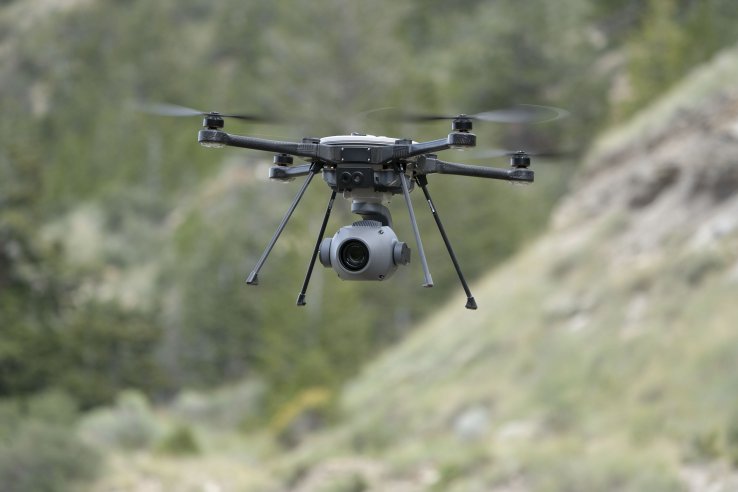 FLIR has increased the payload capacity of its R80D SkyRaider Group 1 UAV with an improved propulsion system. The aircraft in the photo is carrying the company’s StormCaster - L ultra low-light imaging payload. (FLIR)

FLIR, Holden said, used a more robust motor in this improved propulsion system to better withstand sand and water ingress. This will enable the SkyRaider to operate better in sand and maritime environments.

While the SkyRaider in its packed configuration remains roughly the same, Holden said the propellers with the new propulsion system grew from 47 cm in diameter to 54.6 cm in the standard propulsion system. The aircraft, including airframe, legs, four batteries, and no payload, weighs 4.5 kg. The standard pack of aircraft, base station, and HDZoom 30 payload weighs 8.5 kg.