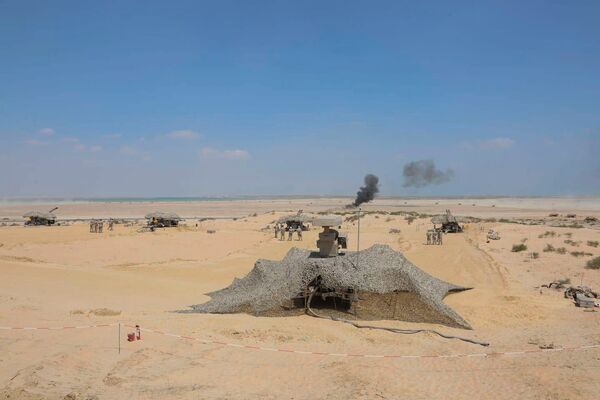 A Skyguard 3 system seen during a multinational exercise in Saudi Arabia in 2019, fielded by an unknown operator. (Bahrain Defence Force)

Rheinmetall and Saudi Arabia's MAZ Group announced the launch of a joint venture, Radarabia, at the World Defense Show (WDS) in Riyadh on 6 March.

The joint venture will establish a 25,000 sq ft factory in Jeddah, which will undertake maintenance, repair, and overhaul (MRO) work on Skyguard anti-aircraft guns operated by the Royal Saudi Air Defense Forces, as well as upgrades and research and development (R&D) work.

According to the two companies, technology will be transferred from Rheinmetall's Swiss-based Oerlikon subsidiary to enable 60% localisation of work in Saudi Arabia.

Mohammed Hamad Al Zeer, chairman of MAZ Group, told Janes that the facility will be manufacturing components for use by the Saudi military, as well as for “friendly allied countries”, which are understood to include the Middle East and Africa.

According to a release by the companies, other work to be undertaken in the future will focus on target drones, missiles, unmanned aerial vehicles, and projectiles.

Rheinmetall and Saudi Arabia's MAZ Group announced the launch of a joint venture, Radarabia, at the ...