The governments of the United States and South Korea announced on 21 May that they have agreed to scrap the 'Revised Missile Guidelines' agreement that had limited the range of South Korean ballistic missiles to 800 km.

The decision, which effectively allows South Korea to develop and deploy missiles of unrestricted range, was announced in a joint statement issued during a meeting between US President Joe Biden and his South Korean counterpart, Moon Jae-in, at the White House.

The two sides also reiterated their commitment to the conditions-based transition of wartime operational control of South Korean troops from Washington to Seoul, and agreed to deepen co-operation in the cyber and space domains to “ensure an effective joint response against emerging threats”, according to the statement. 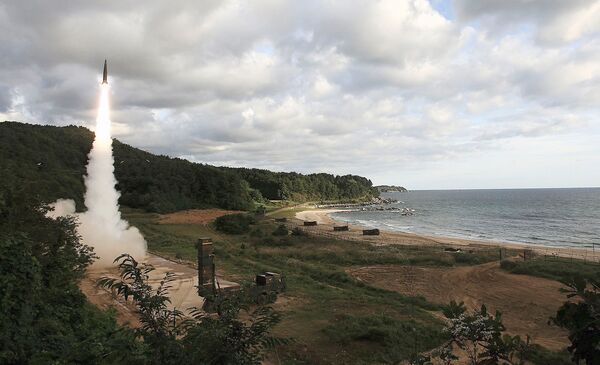 The first US-South Korean 'Missile Guidelines' agreement was signed in 1979 as Seoul wanted to acquire US technologies to develop its own missiles. In return, South Korea agreed to limit the range of its missiles to 180 km with a maximum payload 500 kg.

The guidelines were revised several times over the years to counter growing threats posed by North Korea. For instance, a revision allowed South Korea to develop a ballistic missile carrying a 500 kg warhead with a maximum strike range of 300 km. This missile, initially known as the Hyunmoo-2 (also spelled Hyeonmu-2), is now known as the Hyunmoo-2A.

The governments of the United States and South Korea announced on 21 May that they have agreed to sc...