US company Volansi and its new CEO, Will Roper, plan in 2021 to demonstrate the Voly M20 autonomous hybrid-electric unmanned aerial vehicle (UAV) for US Air Force Special Operations Command (AFSOC). 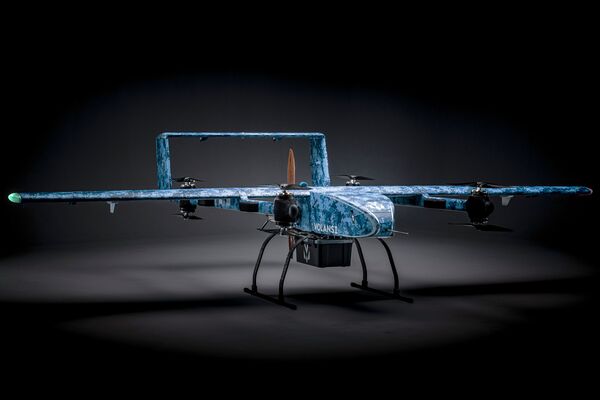 Volansi's chief technology officer (CTO) and product architect, Hannan Parvizian, who was previously CEO, told Janes on 8 July that the company is working with AFSOC to demonstrate not only the vehicle's performance, but also its autonomous capabilities in logistics scenarios. The company is awaiting approval from the Air Force Research Laboratory (AFRL) to begin flight testing. Volansi has a Phase 2 Small Business Innovation Research (SBIR) contract that it was awarded through the USAF.

The Voly M20 can simultaneously carry 9 kg of cargo and a 4.5 kg intelligence, surveillance, and reconnaissance (ISR) or sensor payload. The aircraft has a range of 563 km, depending on payload, cruise speed, and environmental factors, and an 8-hour endurance.

Roper joined the Volansi board of directors in March after serving as the USAF's assistant secretary for acquisition, technology, and logistics (AT&L) from February 2018 to January 2021.

Parvizian said that Roper is taking on the role of CEO because the company, which was created in 2015 to serve enterprise customers such as Tesla, is growing its operations. Roper told Janes on 8 July that product development is a huge task as the company scales its operations and logistics.