Next article
Covid-19 lockdowns across Asia-Pacific could have major repercussions for defence industry, says Janes 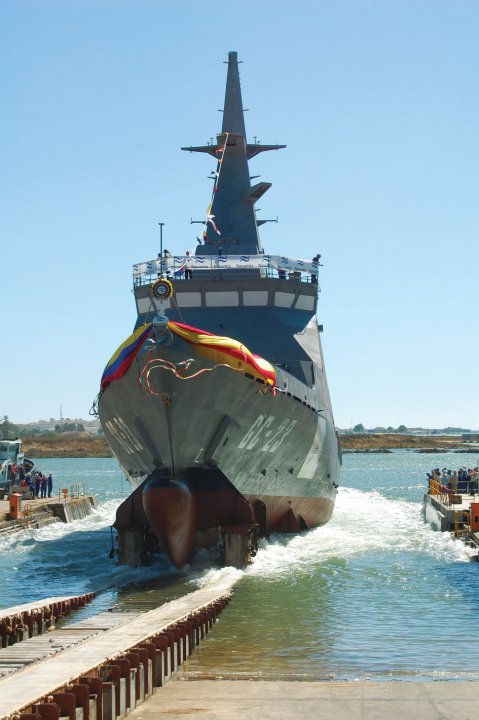 Naiguata during its launch ceremony in June 2009. (Navantia)

The collision resulted in serious damage to the Guaicamacuto‐class (Avante 1400) patrol vessel, which was on a maritime patrol exercise at the time of the accident.

According to Venezuelan Navy officials, the Portuguese-flagged passenger ship Resolute did not stop following the collision. However, all 44 crew members on board were rescued by the Venezuelan Navy.

Naiguata is one of three Guaicamacuto‐class BVLs that were built by Spanish shipbuilder Navantia at its yard in San Fernando, Spain. Construction of the fourth ship in class, Comandante Eterno Hugo Chávez (ex- Tamanac o), is nearing completion at Venezuela’s state shipyard Dianca in Puerta Cabello under a technology transfer agreement.

The BVL design incorporates two diesel engines for a maximum speed of 22 kt and a range of 4,000 n miles at 12 kt, with a helicopter deck and an Oto Melara 76 mm/62 compact gun.

In related events, the Venezuelan Navy’s second Guaiqueri-class offshore patrol vessel (OPV) Warao (PC 22), built under Venezuela’s POVZEE (Patrullero Oceánico de Vigilancia de la Zona Económica Exclusiva) programme, was seriously damaged in a grounding off Fortaleza, Brazil, in August 2012 and was removed from active service in 2016 after plans to repair it were abandoned.

Police forces in Spain have seized what is believed to be the first known submarine used to transpor...