Working to strengthen the United States' relationship with Central and South American countries will be central to stemming off growing Chinese and Russian influence in the region, US Army Lieutenant General Laura Richardson told lawmakers during her confirmation hearing to be the next US Southern Command (USSOUTHCOM) commander.

The three-star general, serving as the US Army North commanding general, appeared before the Senate Armed Services Committee on 3 August to field lawmakers' questions about how she would approach the role as head of USSOUTHCOM. If confirmed, she said countering Beijing and Moscow's diplomatic expansion in the region would be a chief focal point, much as it is today to the command.

“Authoritarian regimes and transnational criminal organisations, enabled by China and encouraged by Russia, are attempting to consolidate power in the region, and free societies are being directly challenged,” Lt Gen Richardson said. Her solution was to maintain the current approach of building up military-to-military relationships in the region, in part, through expanding security co-operation efforts, multilateral exercises, and increasing international military education and training exchanges.

For example, the army has stood up a Security Force Assistance Brigade (SFAB) aligned with this region, and its soldiers have deployed to Colombia and Honduras to work with the countries' militaries. In the past, there was also a US Special Purpose Marine Air-Ground Task Force - Southern Command (SPMAGTF-SC) that annually deployed to several Central American countries such as Belize, El Salvador, Guatemala, and Honduras to help train these countries' militaries and respond to natural disasters. However, it was disbanded to save money. 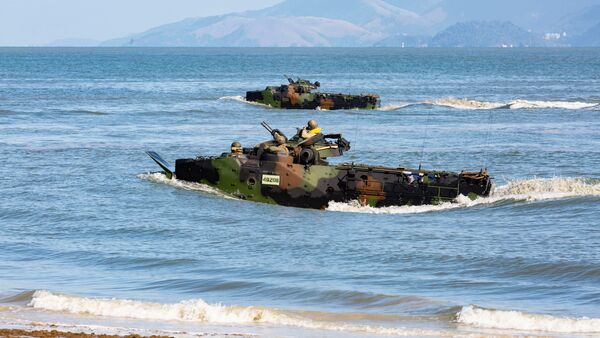 Working to strengthen the United States' relationship with Central and South American countries will...