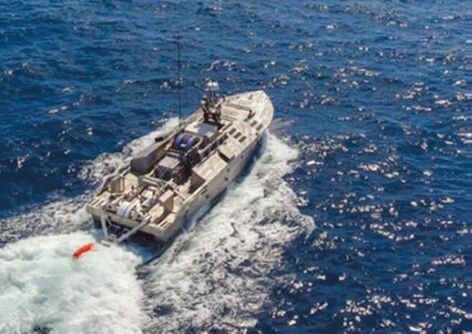 Based on its proprietary 12 m Common USV, Textron Systems was awarded an engineering and manufacturing development contract in October 2014 for the UISS. The USN exercised options for two additional vehicles in 2017, which were delivered in 2018 in support of the MCM USV programme; the same USV used for deploying UISS will also support minehunting and mine neutralisation missions.

According to the Program Executive Office for Unmanned and Small Combatants, IOT&E for the UISS was undertaken from the Independence-variant LCS USS Manchester (LCS 14) off the California coast during May and June 2021.

The US Navy (USN) has completed ship-based Initial Operational Test and Evaluation (IOT&E) for its U...