The US Navy (USN) plans to change shipbuilder for its new Navajo-class towing, salvage, and rescue ship (T-ATS) after Gulf Island Shipyards has completed the first five of the eight planned vessels. 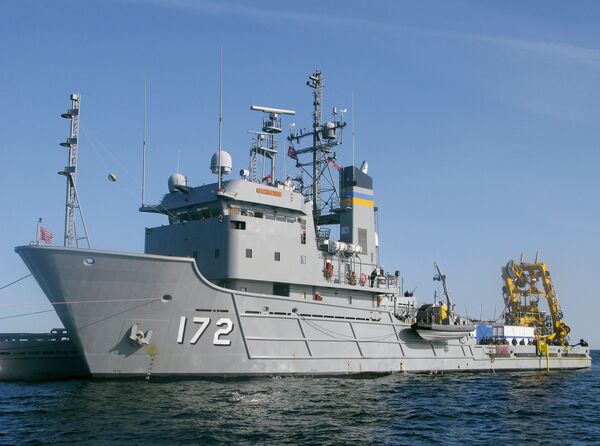 The Navajo class will replace three Powhatan-class (USNS Apache is pictured) and two Safeguard-class ships now coming to the end of their lives. (NAVYPIX/Richard Scott)

Instead of exercising the final three ship options with the Houma, Louisiana yard, which was acquired by Bollinger Shipyards in April, the service is instead pursuing a sole-source award with Austal USA in Mobile, Alabama. Established as a specialist in aluminium shipbuilding, Austal was not one of the five original bidders for the T-ATS contract but is now in the process of building up a steel shipbuilding capability at its Mobile shipyard.

The Navajo class will provide the USN with ocean-going tug, salvage and rescue capabilities to support fleet operations, replacing the three Powhatan-class (T-ATF 166) and two Safeguard-class (T-ARS 50) ships now coming to the end of their lives. Following an open competition, Gulf Island Shipyards was awarded a USD63.5 million contract by the US Naval Sea Systems Command (NAVSEA) in March 2018 for the detail design and construction of the first T-ATS vessel, USNS Navajo (T-ATS 6). The contract included options for seven additional vessels.

The US Navy (USN) plans to change shipbuilder for its new Navajo-class towing, salvage, and rescue s...