The US Navy (USN) has completed the first test flight of a Northrop Grumman MQ-4C Triton unmanned aircraft system (UAS) in its latest hardware and software configuration.

According to the Naval Air Systems Command (NAVAIR), several Triton assets have been modified into the IFC-4 configuration in support of an initial operational capability in 2023. A single test asset is in the current IFC-3 configuration to support sustainment of deployed systems as well as risk reduction for IFC-4. 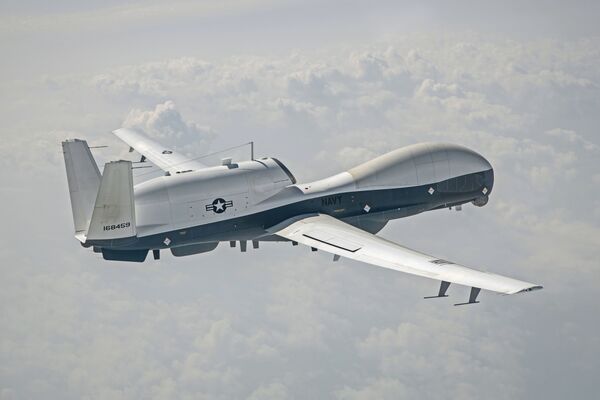 Flight testing of the MQ-4C in IFC-4 configuration began on 29 July. (NAVAIR)

An integral element of the USN's plan to recapitalise its maritime patrol and reconnaissance force. the MQ-4C Triton UAS has been designed to provide a persistent maritime and littoral intelligence, surveillance, and reconnaissance (ISR) data collection and dissemination capability to the fleet, and to shorten the sensor-to-shooter kill chain.

Currently, two MQ-4C Triton air vehicles in the IFC-3 baseline configuration are forward deployed to Anderson Air Force Base in Guam in support of early operational capability (EOC) and Commander Task Force 72 tasking. Operated by Unmanned Patrol Squadron 19 (VUP-19), the aircraft are being used to further develop the concept of operations and fleet learning associated with operating a high-altitude, long-endurance system in the maritime domain.