The US Navy (USN) is designing modifications for its next Ford-class carriers to accommodate operational Lockheed Martin F-35C Lightning II Joint Strike Fighter (JSF) squadrons, service officials said, and the USN remains on schedule for changes to existing Ford- and Nimitz-class ships.

“F-35C modifications for [Ford-class] CVN 78 and CVN 79 are currently scheduled for a future post-delivery modernisation maintenance period that will occur prior to the planned F-35C operations on those carriers,” USN spokesperson Captain Danny Hernandez said.

Those two ships are already well under construction. The successor ships will get the required modifications during the proper stage of construction. 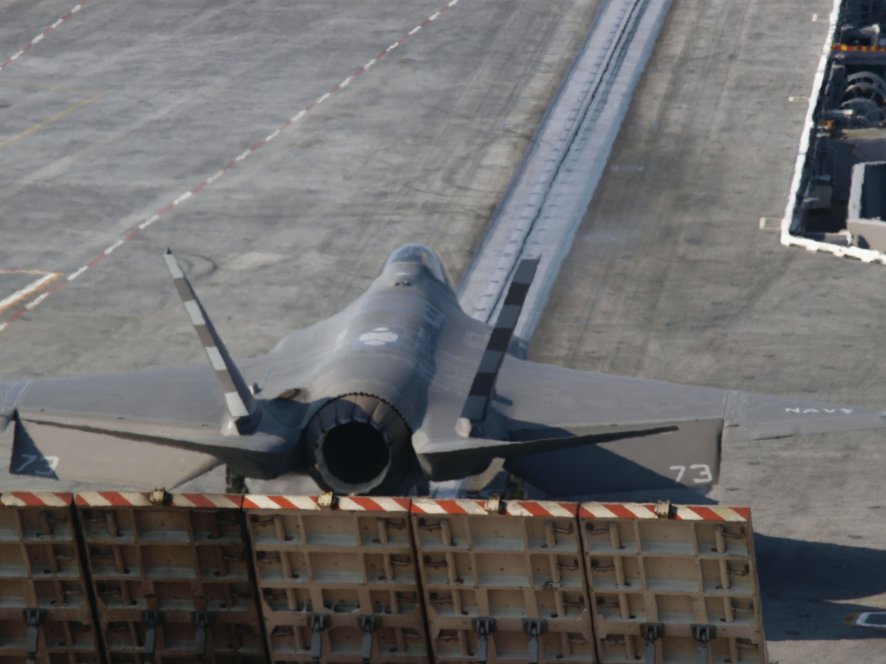 F-35C Joint Strike Fighter tests aboard carriers highlighted a need for modifications to jet-blast deflectors and other equipment or systems. (Michael Fabey)

“This has always been the plan for CVN 78 and CVN 79 over several budget cycles,” Capt Hernandez said. “CVN 80 and CVN 81 will be constructed with those modifications made during construction and will not require a post-delivery modification.”

F-35Cs reached initial operational capability (IOC) on 28 February 2019, but the USN does not expect to deploy the first operational squadron of the aircraft until 2021, and service officials anticipate making all necessary modifications to operationally deploy the aircraft when the vessels are needed.

“Sequencing of F-35C modernisation efforts for Ford- and Nimitz-class carriers is on track,” Capt Hernandez explained.

The Nimitz-class and Ford-class aircraft carriers, by design, can operate with F35Cs,” he noted.

Indeed, the USN has been conducting carrier tests with F-35Cs for some time.