Spearhead was deployed in the Atlantic Ocean off the coast of Key West, Florida, with scientists attached to the US Naval Forces Southern Command/US 4th Fleet (USNAVSO/FOURTHFLT) and members of the wider US science and technology community to conduct fleet experiments with multiple unmanned aerial and underwater vehicles (UAVs and UUVs). 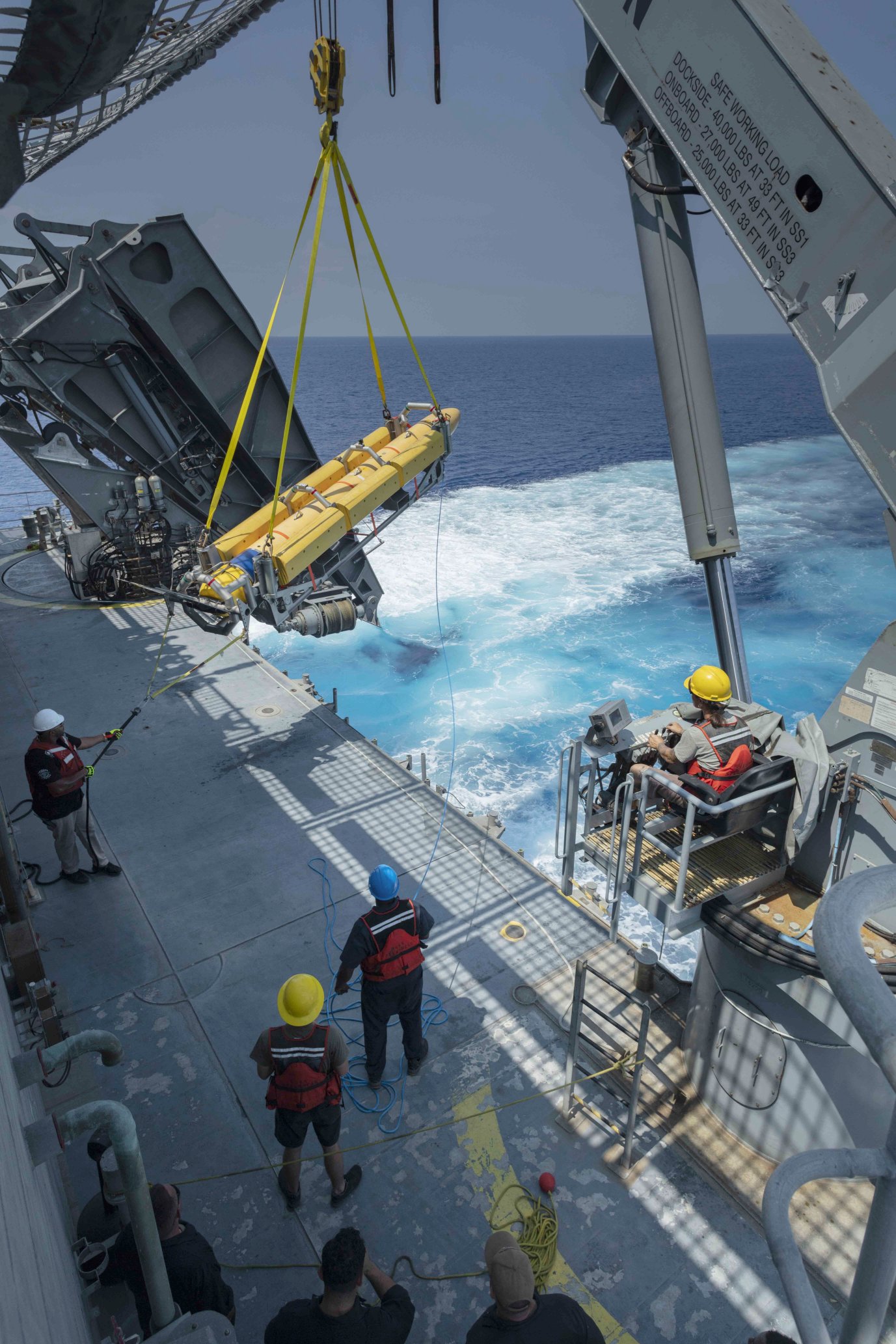 These included the fixed-wing Martin UAV V-BAT and the Boeing-Insitu ScanEagle systems, as well as General Dynamics Mission Systems (GDMS) Knifefish UUV. According to the USN, these unmanned vehicles were used to advance concepts that could offer improved detection and monitoring in support of counter-narcotics missions in the Caribbean and Eastern Pacific.

The V-BAT is a tail-sitting vertical take-off and landing (VTOL) UAV designed to be launched and recovered without additional equipment and in confined landing spaces as small as 6 × 6 m. The air vehicle, which measures 2.4 m long with a 2.74 m wingspan, has a maximum take-off weight (MTOW) of 37 kg including a 3.6 kg payload. It is powered by a 183 cc 2-stroke piston engine that enables it to achieve a top speed of 166 km/h and a ceiling of 15,000 ft (4,572 m), while maximum endurance is quoted as more than 8 hours at a speed of 83 km/h.

The US Navy (USN) has completed a two-day series of at-sea trials with unmanned systems using the Mi...