The US Marine Corps (USMC) is seeking solutions for a new prototype for the airborne pod variant of its Fused Integrated Naval Network (FINN) programme, designed to upgrade overall interoperability between US Navy (USN) and the marines’ tactical data links.

The FINN airborne pod prototype being sought by the Marine Corps Warfighting Laboratory’s Command, Control, Communications, Computers and Intelligence, Surveillance and Reconnaissance (C4ISR) directorate “will provide a persistent [network] gateway that receives, bridges, translates, processes, and distributes information between other FINN nodes and the end-user nodes connected to them”, according to a 10 August service solicitation. 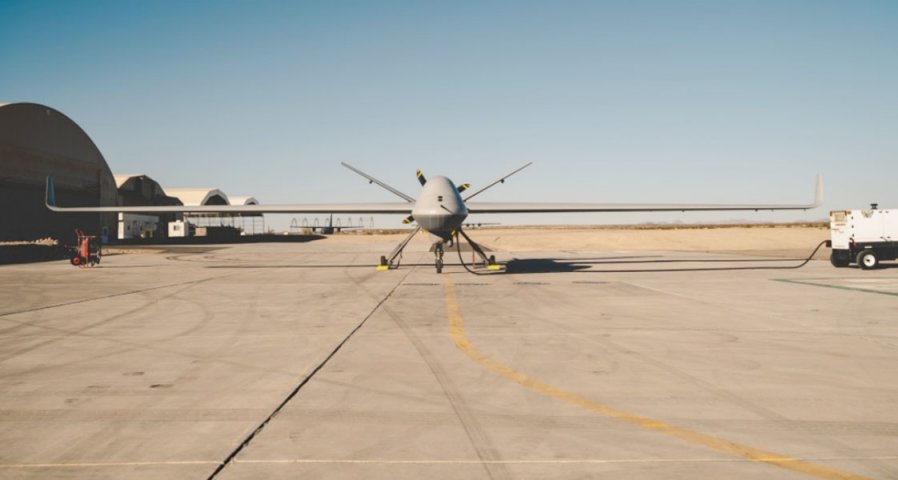 A General Atomics MQ-9B Reaper unmanned aerial vehicle staged at the US Army Yuma Proving Grounds on 7 November 2019. USMC engineers are developing a Fused Integrated Naval Network (FINN) pod prototype to be integrated on to the MQ-9B. (US Marine Corps )

The US Marine Corps (USMC) is seeking solutions for a new prototype for the airborne pod variant of ...