The US Marine Corps (USMC) is upgrading the helmet-mounted night vision system used by its marine rifle squads to enhance lethality and situational awareness in reduced visibility.

“It’s a little bit lighter than the current system and gives marines better depth perception when they are performing movements,” Joe Blackstone, Optics team lead at MCSC, said in a statement.

The marines took delivery of the SBNVGs in December 2018 and began training with them at Camp Lejeune, North Carolina. The new equipment training, or NET, teaches marines about the operations, characteristics, maintenance, and use of the new NVG devices, the MCSC said.

Additional fielding of the systems is planned for September 2019. While the devices may eventually make their way to the entire Ground Combat Element, for now the first priority is to give the systems to the marine rifle squads, programme officials said. 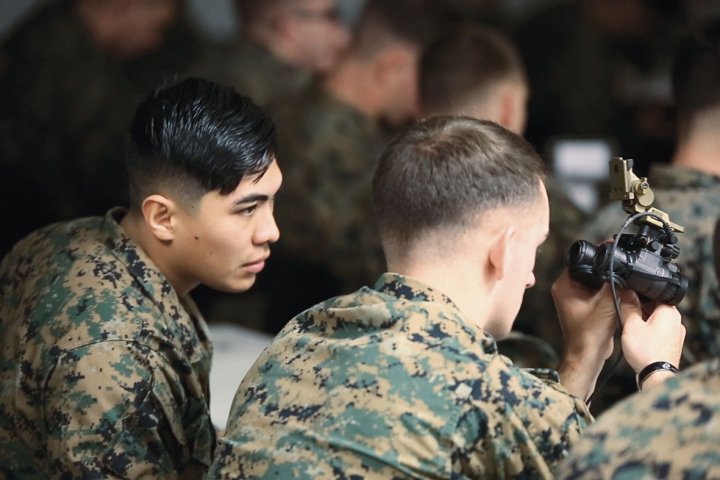 “A final procurement solution will allow a larger pool of our industry partners to bid on the programme,” he said.

The SBNVG acquisition strategy is to procure the devices incrementally and concurrently as the USMC looks toward future technologies.

The US Marine Corps (USMC) is upgrading the helmet-mounted night vision system used by its marine ...

US information technology company CACI International are unveiling several upgrades to its SteelBox ...