The US Marine Corps (USMC) has begun retiring a limited number of its Bell AH-1Z Viper attack helicopters to the ‘boneyard’ despite deliveries to frontline units continuing. 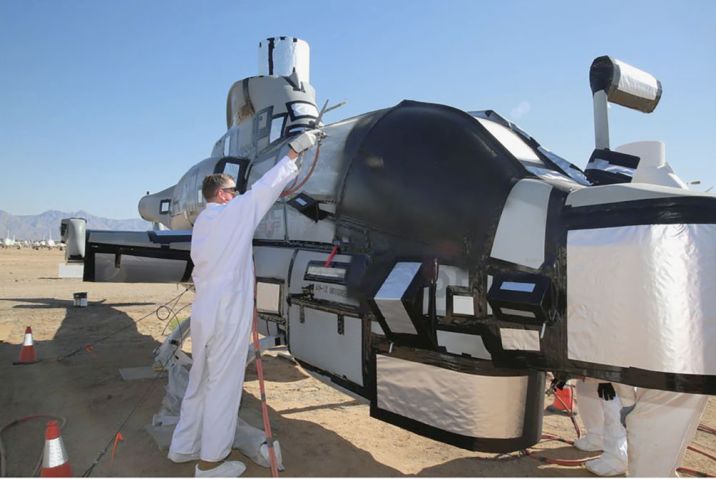 An AH-1Z recently arrived at the boneyard at Davis-Monthan AFB is prepped for long-term storage as part of the USMC’s wider restricting plans. (309th Aerospace Maintenance and Regeneration Group )

Images of the first helicopter being prepped for long-term storage at the Davis-Monthan Air Force Base (AFB) facility in Arizona were published on the official Facebook account of the 309th Aerospace Maintenance and Regeneration Group (AMARG) facility on 14 May.

The USMC currently fields approximately 100 of a planned 189 AH-1Z helicopters, with the final Lot 16 production award set to run through to early 2022. According to the Force Design 2030 plan released earlier this year, the USMC is divesting itself from AH-1Z and UH-1Y Venom helicopters located at Marine Corps Air Station (MCAS) Kaneohe Bay in Hawaii as part of a wider restructuring effort.

As USMC spokesperson told The Drive publication in March that 27 AH-1Zs and 26 UH-1Ys are to be placed into long-term storage at the boneyard, with this first helicopter pictured coming from Marine Light Attack Helicopter Squadron 367 (HMLA-367).

The AH-1Z, the latest version of the AH-1 Cobra, is utilised as an armed escort, reconnaissance, close air support, and anti-armour platform by the USMC, with initial operating capability (IOC) for the type only declared in 2011.

Besides the USMC, the AH-1Z has also been sold to Pakistan (these helicopters are also being stored at Davis-Monthan AFB due to a diplomatic dispute between Washington and Islamabad), Bahrain, and the Czech Republic.

The US Marine Corps (USMC) has begun retiring a limited number of its Bell AH-1Z Viper attack helico...