USMC pressing on with ACV production

The US Marine Corp (USMC) is moving ahead with the next phase of its Amphibious Combat Vehicle (ACV) programme after its Force Design 2030 overhaul ‘affirmed’ the need for the platform on the future battlefield.

In late May, the service awarded BAE Systems Land and Armaments with an USD11 million contract for phase two of the design and development for the ACV 30 mm gun variant (ACV-30).

“Force Design [2030] affirmed the need for the Amphibious Combat Vehicle [and] the program is continuing on schedule,” Ashley Calingo, a Program Executive Office Land Systems spokesperson, told Janes in a 3 June email.

“BAE [Systems] will be completing initial design work for the ACV-30 and integrating a version of the Kongsberg MCT-30 gun system [Medium Caliber Turret 30 mm] on an ACV for follow-on risk reduction testing,” she explained, noting that phase two work will conclude around the third quarter of fiscal year (FY) 2021.

Under this initial contract, Kongsberg said it will begin delivering test articles in 2021 and could deliver up to 150 MCT-30 turrets. 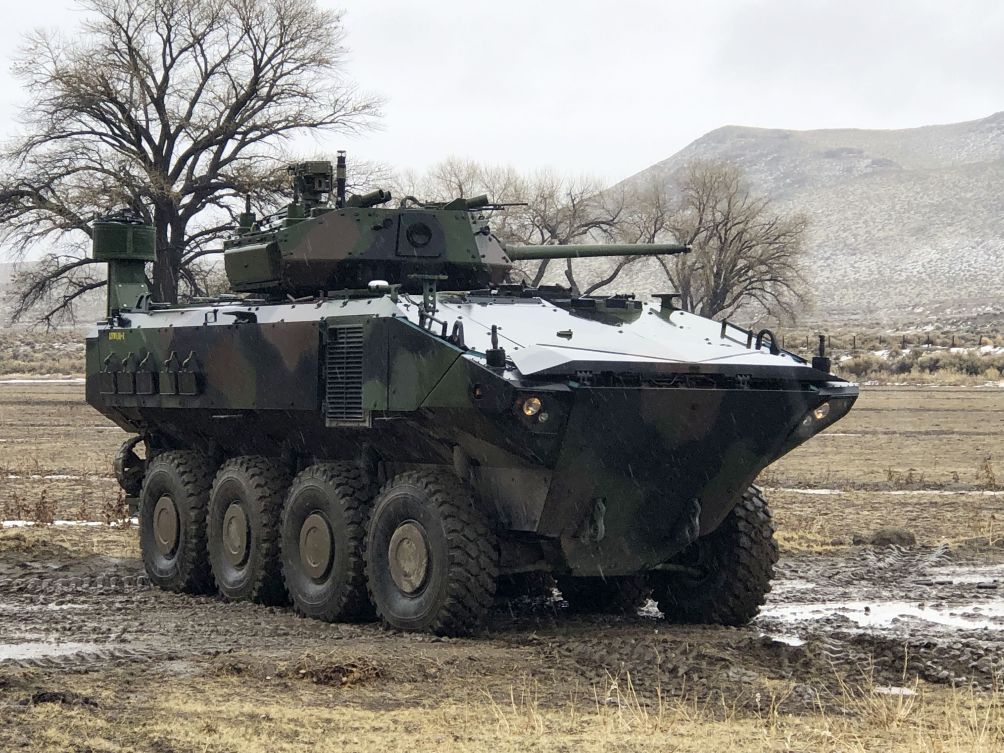 The USMC is moving ahead with production of its ACV fleet, and recently awarded BAE Systems with a contract for its ACV 30 mm gun variant (pictured here). (BAE Systems )

The ACV-30 is only one of four variants in this fleet and the service has been working on two other configurations.

To kick off the programme, the USMC and BAE Systems focused their efforts around the personnel carrier (ACV-P) variant.

The US Marine Corp (USMC) is moving ahead with the next phase of its Amphibious Combat Vehicle (ACV)...

US Army soldiers were slated to begin a third soldier touchpoint with a militarised version of the n...