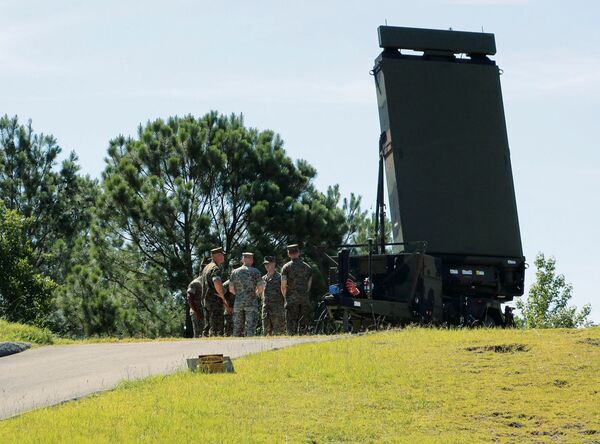 Shown here is a USMC G/ATOR radar. In 2019 the USMC conducted a live-fire event to demonstrate initial ‘interoperability‘ of an Iron Dome launcher and Tamir interceptor with the G/ATOR and a CAC2S. The service is testing out this Medium Range Intercept Capability prototype and could field the first battery in 2025. (USMC)

The US Marine Corps (USMC) will conduct two additional live-fire tests with its cruise missile defence prototype centred around important Iron Dome components this year before deciding on whether to press ahead with weapon development and have it in marines' hands by 2025, according to a programme official.

Don Kelley, the service's program manager for Ground Based Air Defense and the program executive officer Land Systems, spoke with Janes in mid-May about the Medium Range Intercept Capability (MRIC) prototype. This air-defence weapon consists of two main components. The first is an Iron Dome launcher mounted on the back of a trailer that fires Tamir missiles, and the second is a Joint Light Tactical Vehicle (JLTV) integrated with a ‘shelter‘ that houses the Common Aviation Command-and-Control System (CAC2S) and a mini battle management control (BMC) system for the Tamir missile. This prototype also uses the service's AN/TPS-80 Ground/Air Task Oriented Radar (G/ATOR).

The service conducted an initial demonstration of the capability in August 2019 before launching into the first in a series of three live-fire tests in December 2021 at White Sands Missile Range in New Mexico. There, the service used the launcher on its heavy base against “subsonic relevant targets” that were fired one at a time, Kelley said.

The US Marine Corps (USMC) will conduct two additional live-fire tests with its cruise missile defen...