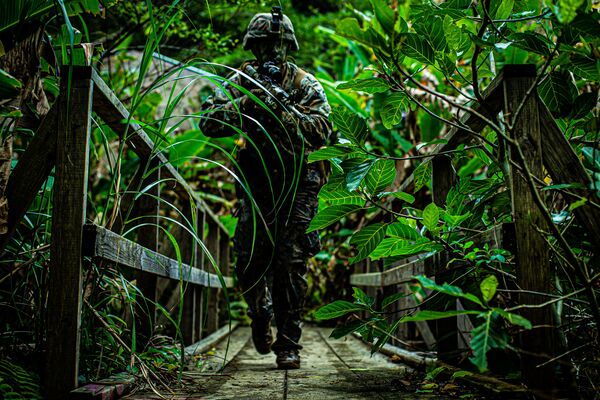 US Marine Corps (USMC) leadership is not reversing its decision to divest from its M1 Abrams main battle tank fleet but is rolling out additional direction on where its infantry force is headed and some of the capabilities these marines will carry.

Service leaders are arriving in Washington, DC, on 10 May for the start of the annual Modern Day Marine conference with plans to continue the discussion on how marines will fight in the future, in part by becoming smaller and more nimble in support of naval expeditionary warfare operations. With China as the ‘pacing threat', evolving plans call for marines to be ready to hop from one remote island to the next in the Pacific.

In advance of this in-person conference, the service released an updated version of its Force Design 2030 plan that continues to place infantry forces at the centre of a future fight and provides incremental changes to how they will organise and what weapons they will have.

For example, the USMC has been experimenting with three different formations of infantry battalions to help the leadership decide the best way to move forward with a restructure. This study will continue but the service has decided that each infantry battalion should have between 800 and 835 personnel, according to the updated force design plan.

US Marine Corps (USMC) leadership is not reversing its decision to divest from its M1 Abrams main ba...